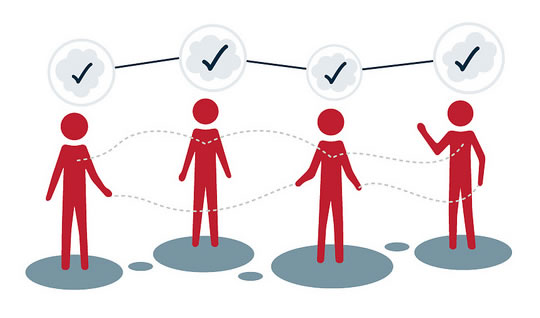 Trustworthiness, along with dominance, is one of the two most fundamental judgements we make about a face in the instant after we see it for the first time.

It’s so important that our unconscious can processes the trustworthiness of a face in a tiny fraction of a second, even without our conscious mind being aware of seeing the face.

A new study that demonstrates this, published in the Journal of Neuroscience, suggests our unconscious perception of faces is more powerful than previously thought (Freeman et al., 2014).

Two typical signals of trustworthy faces are prominent cheekbones and higher inner eyebrows, with the reverse being automatically judged untrustworthy.

The researchers used real and artificially generated faces with the requisite features as stimuli in their experiment.

Here are the real and computer-generated faces, with trustworthiness ranging from low to high: 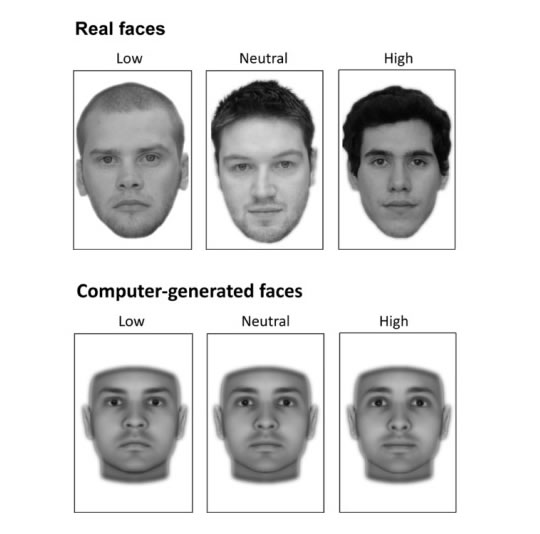 People were shown the faces for only 33 milliseconds: that’s one-third the time it takes for even the fastest blink.

Then, just to make sure the face didn’t reach conscious awareness, they were immediately shown another face for one-third of a second — by comparison, half an ice-age.

This stops the brain consciously processing the first face.

Despite these efforts to make it hard to perceive the faces, brain imaging revealed that the amygdala — a structure important in social judgement of faces — showed activity that suggested it was tracking their relative trustworthiness.

Jonathan Freeman, who led the study, explained the results:

“Our findings suggest that the brain automatically responds to a face’s trustworthiness before it is even consciously perceived.

The results are consistent with an extensive body of research suggesting that we form spontaneous judgments of other people that can be largely outside awareness.

These findings provide evidence that the amygdala’s processing of social cues in the absence of awareness may be more extensive than previously understood.”