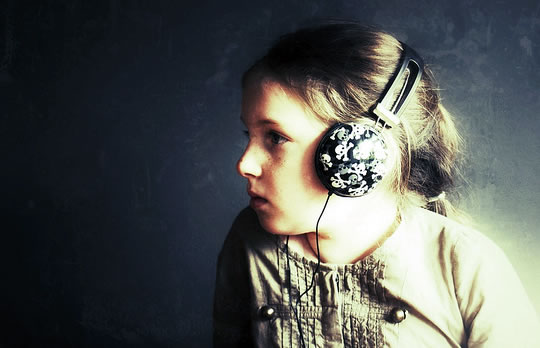 The study, which is published in the journal PLOS ONE, is the first to compare the brain structures of those with autism with those who have sensory processing disorders (SPD) (Chang et al., 2014).

Those with SPD have significant problems in organising the sensations they experience from the environment and their body.

For example, they may be badly co-ordinated, or under- or over-respond to sensations in the environment, or be inattentive or generally disorganised.

The separate nature of the condition has been questioned since over 90% of children with autism also have some degree of problems processing sensory inputs.

SPD is also not currently listed in the official diagnostic manual used by psychiatrists and psychologists, the Diagnostic and Statistical Manual.

Nevertheless, some claim that upwards of one in six elementary school children have the condition.

Professor Pratik Mukherjee, one of the study’s lead authors, said:

“With more than 1 percent of children in the U.S. diagnosed with an autism spectrum disorder, and reports of 5 to 16 percent of children having sensory processing difficulties, it’s essential we define the neural underpinnings of these conditions, and identify the areas they overlap and where they are very distinct.”

The white matter is the brain’s cabling: how it sends messages from one part to another.

From an analysis of 16 boys with SPD, 15 boys with autism and 23 controls, they found decreased connectivity in critical sensory areas of the brain in both autism and SPD,

Crucially, though, there was only decreased connectivity in critical social-emotional processing areas for those with autism. 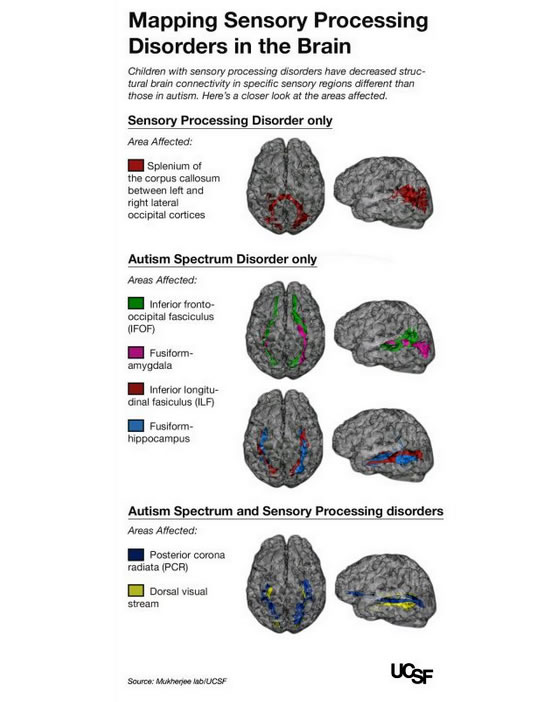 Dr. Elysa Marco, one of the study’s authors, explained:

“One of the classic features of autism is decreased eye-to-eye gaze, and the decreased ability to read facial emotions.

The impairment in this specific brain connectivity, not only differentiates the autism group from the SPD group but reflects the difficulties patients with autism have in the real world.

In our work, the more these regions are disconnected, the more challenge they are having with social skills.”

She hopes this research will help the children with SPD get the help they deserve:

“These kids, however, often don’t get supportive services at school or in the community because SPD is not yet a recognized condition.

We are starting to catch up with what parents already knew; sensory challenges are real and can be measured both in the lab and the real world.

Our next challenge is to find the reason why children have SPD and move these findings from the lab to the clinic.”