The Item of Clothing That Can Help People Feel Less Angry 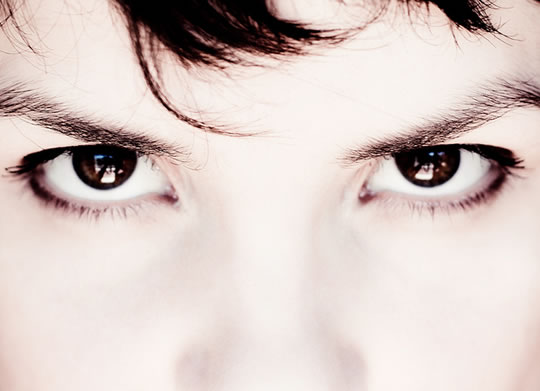 How to turn that frown upside down.

The findings are based on the idea of embodied cognition: that our facial expressions and bodily actions, whatever their cause, feed back into how we feel.

The slightly bizarre study, published in the journal Cognition & Emotion, had researchers walking up and down a beach on a sunny day (Marzoli et al., 2013).

They were then asked to complete a test in which they could express both anger and bitterness.

There was no difference, though, on a measure of bitterness, suggesting that people walking into the sun weren’t just in a generalised bad mood.

And it didn’t matter how long they had been walking into the sun, so wearing sunglasses, or not, likely has a very quick effect.

This was despite the fact that most people reported the sun wasn’t bothering them.

The reason that this works is that when people are walking into the sun without sunglasses, they usually frown to shield their eyes.

It just so happens, though, that frowning uses some of the same facial muscles as expressing anger.

And frowning, even when there’s nothing to be angry about, makes anger more likely to come to the fore.

It’s the same effect that means that if you force yourself to smile, even when you’re in a bad mood, it can make you feel a little better.

The same effect has been observed in people who have botox injections between their eyebrows to stop them frowning.

One study has shown that people suffering from moderate or severe depression experienced a 50% reduction in symptoms, on average, from botox injections (Finzi & Rosenthal, 2014).