Why It’s Dangerous to Give a Hurricane a Female Name 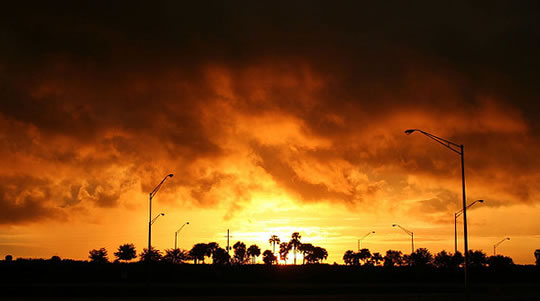 Hurricanes with female names are likely to cause more deaths than those with male names, finds new research from the University of Illinois.

The study examined over 60 years of hurricanes which hit have the US, excluding Katrina (2005) and Audrey (1957), because individually they caused so much damage and loss of life (Jung et al., 2014).

The results showed there were higher death tolls, on average, when the hurricanes were given a female name.

This wasn’t because female-named hurricanes were any more severe; rather that people’s behaviour changed.

Sharon Shavitt, one of authors of the report, explained:

“In judging the intensity of a storm, people appear to be applying their beliefs about how men and women behave.

This makes a female-named hurricane, especially one with a very feminine name such as Belle or Cindy, seem gentler and less violent.”

People unconsciously say to themselves: how could I be killed by a hurricane called Cindy?

In fact, hurricanes are named arbitrarily, alternating between male and female names, and the names tell you nothing about the severity of the storm.

But, if people in the path of the storm are letting its name affect whether they take shelter, what we call it may matter more than we think.

Having trawled through the records, the researchers returned to the lab to test their finding experimentally.

People were given a series of hypothetical storms with male and female names and asked to make judgements about their intensity and the risk they faced.

“People imagining a ‘female’ hurricane were not as willing to seek shelter.

The stereotypes that underlie these judgments are subtle and not necessarily hostile toward women — they may involve viewing women as warmer and less aggressive than men.”

The irony is that until the late 1970s, hurricanes were always given female names, as they were thought to embody feminine qualities like unpredictability.

This practise — and the sexist reasoning behind it — was quite rightly abandoned in favour of alternating between male and female.

Oddly, though, what we’ve learnt is that we’d be better off naming all hurricanes after men to take advantage of people’s stereotypical views.

The researchers estimate that changing a severe hurricane’s name from “Eloise” to “Charley” could potentially cut the death toll by one-third.

Perhaps the naming of hurricanes is one specific situation where we shouldn’t worry about being sexist,  if being a little sexist is going to save lives.