How Sleep After Learning Enhances Memory 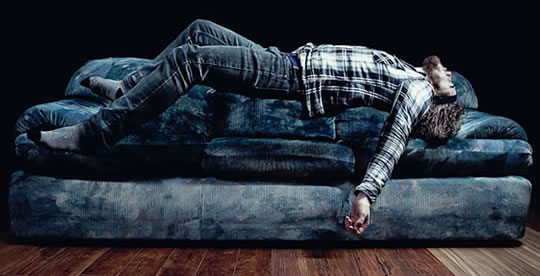 The physical changes in the motor cortex that result from learning and sleep.

Sleep after learning encourages brain cells to make connections with other brain cells, research shows for the first time.

The connections, called dendritic spines, enable the flow of information across the synapses.

The findings, published in the prestigious journal Science, are the first to show physical changes in the motor cortex resulting from learning and sleep (Yang et al., 2014).

One of the study’s authors, Wen-Biao Gan, PhD, said:

“We’ve known for a long time that sleep plays an important role in learning and memory. If you don’t sleep well you won’t learn well.

But what’s the underlying physical mechanism responsible for this phenomenon?

We also show how different types of learning form synapses on different branches of the same neurons, suggesting that learning causes very specific structural changes in the brain.”

The results come from studies in mice, which were genetically engineered with a fluorescent protein in their neurons.

With the use of a laser-scanning microscope, the fluorescent protein allowed the scientists to track and image the dendritic spines before and after they learnt a new skill; in this case balancing on a spinning rod.

Some of the mice were allowed to sleep after they had learned to balance on the rod, others were not.

In the brains of those that had slept, there was more growth of dendritic spines.

In addition, the type of task the mice learnt –whether they ran forward or backward across the rod — affected where the dendritic spines grew.

“Now we know that when we learn something new, a neuron will grow new connections on a specific branch.

Imagine a tree that grows leaves (spines) on one branch but not another branch. When we learn something new, it’s like we’re sprouting leaves on a specific branch.”

More on the science of sleep: Unwind: The Science of Rest, Relaxation and Sleep