Why Breastfed Babies Are So Smart 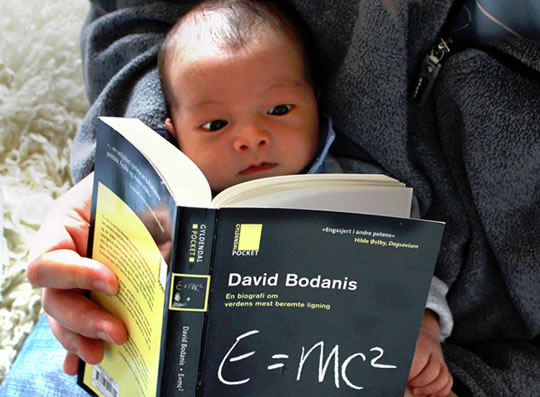 Study of 7,500 babies finds two parenting skills that are crucial to IQ boosts at four years of age.

Many studies over the years have shown that children who are breastfed score higher on IQ tests, but until now the exact cause has been a mystery.

Some scientists said it was something in the milk, others that it’s about the bonding between mother and baby and others still that these and other factors all contributed.

A new study, though, suggests that it’s the parenting behaviours that make the difference (Gibbs & Forste, 2014).

Researchers at Brigham Young University examined data from 7,500 mothers and children collected from birth to four years of age.

They found that two crucial parenting skills were responsible for the boost to cognition. Mothers who breastfed were more likely to:

Together these factors were enough to put children two or three months ahead when they reached four-years-old.

“Because these are four-year-olds, a month or two represents a non-trivial chunk of time. And if a child is on the edge of needing special education, even a small boost across some eligibility line could shape a child’s educational trajectory.”

The results came from a group of children followed from birth through to five-years-old.

Researchers included all kinds of data about the home environment including:

It was better educated mothers who were more likely to breastfeed and at the same time also more likely to read to their children and be emotionally responsive.

None of this means that breastfeeding doesn’t confer other advantages, it does: for example, breast milk has considerable health benefits.

The suggestion is that breastfeeding doesn’t directly affect IQ, rather it is reading to their children and the high emotional responsiveness of mothers which boosts intellectual development.

“Although breastfeeding has important benefits in other settings, the encouragement of breastfeeding to promote school readiness does not appear to be a key intervention point. Promoting parenting behaviors that improve child cognitive development may be a more effective and direct strategy for practitioners to adopt, especially for disadvantaged children.”