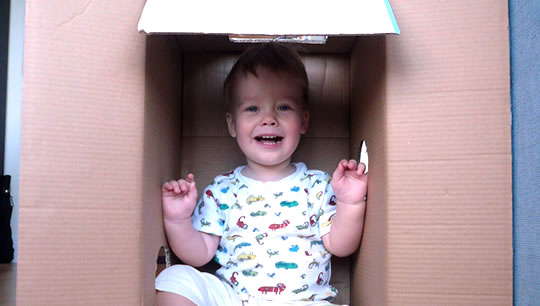 Study finds children play more intensely and vigorously with crates, pipes and buckets than with monkey bars and slides.

A new long-term study has found that traditional playgrounds may be stifling children’s play.

The researchers found that relatively cheap items such as buckets and crates were more effective at encouraging children’s play than expensive equipment.

In their playground there were exercise mats, hay bales, pipes and buckets, along with other cheap, everyday items.

The behaviour of these children was compared with another local school which had a more traditional playground, containing slides and monkey bars.

The results of the study were striking: the cheaper items reduced sedentary behaviour by a half from 61.5% down to 30.5%.

Children played more vigorously and intensively with the everyday objects in comparison to the other school.

This was perhaps a result of them enjoying the everyday items more:

“Movable/recycled materials are suggested to stimulate creativity and diversity to children’s play and provide active play experiences by facilitating pushing, pulling and lifting and the construction of structures (e.g. cubby houses, rockets, ships) whilst engaging in social interaction and problem-solving.” (Hyndman et al., 2014).

“Conventional playgrounds are designed by adults — they don’t actually take into consideration how the children want to play. At a time when childhood obesity is growing and playgrounds are shrinking, we need a creative approach to stimulate physical activity among schoolchildren.”

“Unstructured, active play allows children to understand their world and develop skills, therefore school playground environments should be developed in a manner that enhances development and physical functioning of children.”  (Hyndman et al., 2014).