Fear of Math: How Much is Genetic? 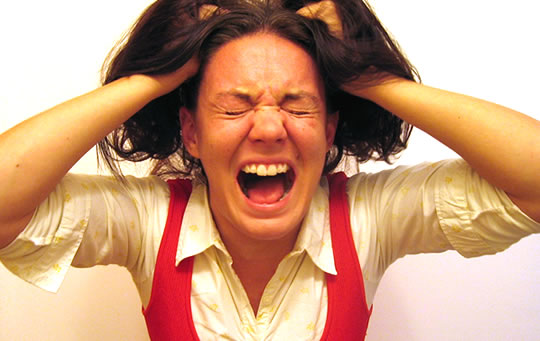 A new study finds two ways that genetic factors are important in the fear of math.

The fear of math has a genetic component, according to a new study to be published in the Journal of Child Psychology and Psychiatry (Wang et al., 2014).

The avoidance of mathematical problems and equations by children and adults isn’t just down to bad early experiences with math or poor teaching.

To reach this conclusion, the study looked at the math anxiety of twins to tease out the genetic component.

Zhe Wang, lead author of the study, explained the results:

“We found that math anxiety taps into genetic predispositions in two ways: people’s cognitive performance on math and their tendency toward anxiety.”

In other words people are anxious about math not just because they are generally anxious people and they’re anxious about everything, but also because of genetically poor math/thinking skills.

But anxiety can mean people find it difficult to develop what math skills they do have. Wang continued:

“If you’re anxious, it is often harder to solve problems. The anxiety response actually inhibits some people’s ability. We have to help children learn to regulate their emotions so that the anxiety doesn’t keep them from achieving their best in math.”

The research found that around 40% of math anxiety came down to genetic factors: both generalised anxiety and cognitive ability combined.

The remaining 60% was related to differences in the home environment, at school and elsewhere.

These findings are based on tests of 216 identical twins and 298 same-sex fraternal twins.

Twins are often used in this sort of research because they share similar environmental factors, like parents, family income, neighbourhood and so on.

Identical twins, though, have the same genetic code on top of similar environmental factors, whereas fraternal twins just happen to be born at the same time.

This allows researchers to compare fraternal with identical twins to examine the effects of genes, while keeping environmental effects (parents, siblings, socioeconomic factors etc.) much the same.

One of the study’s authors, Professor Stephen Petrill, said:

“Genetic factors may exacerbate or reduce the risk of doing poorly at math.

If you have these genetic risk factors for math anxiety and then you have negative experiences in math classes, it may make learning that much harder.

It is something we need to account for when we’re considering interventions for those who need help in math.”