Our Memory for Sounds is Worse Than Touch or Sight 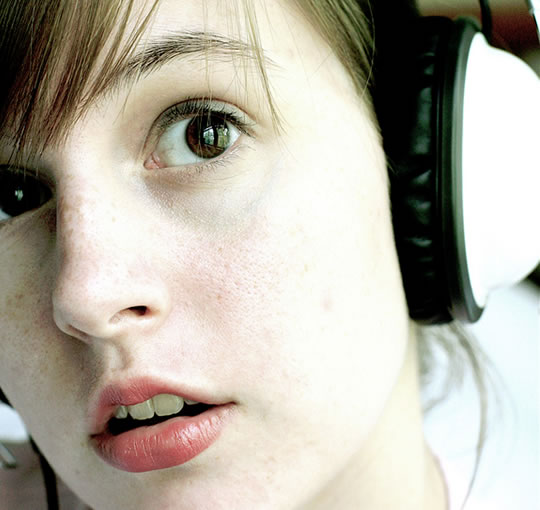 “I hear, and I forget; I see, and I remember” –Chinese proverb

Our memory for things we’ve seen or touched is much better than for what we’ve heard, a new study reveals.

The study had people listening to a variety of sounds, shown pictures and given things to touch (Begelo & Poremba, 2014).

The researchers found that it was the things people heard that they were most likely to forget, more than things they had seen or touched.

This study provides a fascinating insight into how memory works.

“We tend to think that the parts of our brain wired for memory are integrated. But our findings indicate our brain may use separate pathways to process information. Even more, our study suggests the brain may process auditory information differently than visual and tactile information, and alternative strategies — such as increased mental repetition — may be needed when trying to improve memory.”

In the study people were exposed to all sorts of everyday sounds, sights and tactile experiences.

They watched basketball games, heard dogs barking and touched a coffee mug that was hidden from view.

Whether it was an hour later or a week later, people’s recall was similar for things they’d seen or touched, but significantly worse for those they’d heard.

Studies on chimpanzees and monkeys also show that their auditory memory is worse than tactile or visual memory.

Here are graphs showing how humans, chimps and monkeys forget depending on whether the source is auditory or visual: 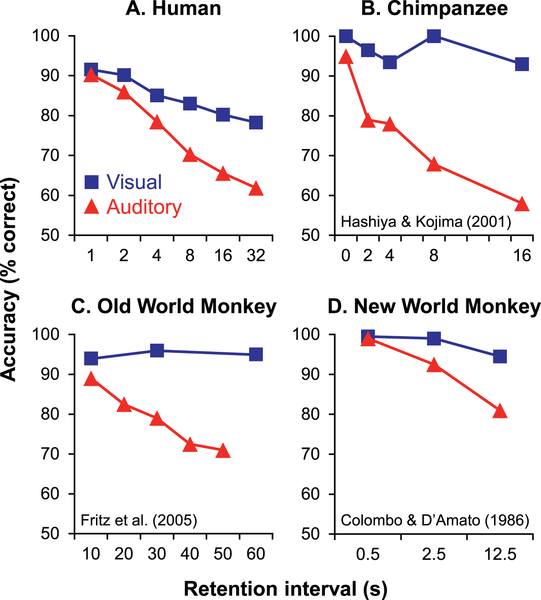 This suggests that our poorer memory for things we’ve heard has its root in the evolution of the primate brain.