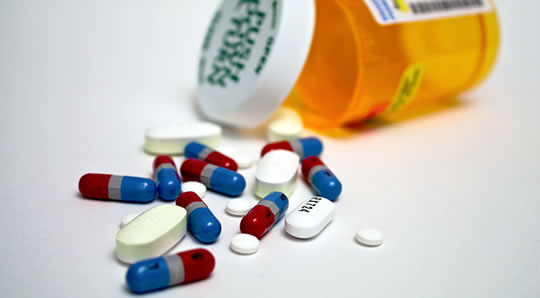 A new survey of antidepressants side-effects has found higher than expected levels of emotional numbness, sexual problems and even suicidal thoughts associated with the medication (Read et al., 2014).

The study, published in the journal Psychiatry Research, found that as many as half the people they surveyed had psychological problems due to their medication.

The authors again question whether antidepressants are being over-prescribed.

“The medicalization of sadness and distress has reached bizarre levels. One in ten people in some countries are now prescribed antidepressants each year.

“While the biological side-effects of antidepressants, such as weight gain and nausea, are well documented, the psychological and interpersonal effects have been largely ignored or denied. They appear to be alarmingly common.”

The study gathered data from 1,829 people from New Zealand who had all taken antidepressants in the last five years.

The questionnaire asked about how they had felt while they were taking their medication.

Of the 20 adverse effects that people were questioned about:

Set against these findings, though, 82% said that the drugs had been useful in tackling their depression.

The results took into account the fact that people had varying levels of depression.

“Effects such as feeling emotionally numb and caring less about other people are of major concern. Our study also found that people are not being told about this when prescribed the drugs.

“Our finding that over a third of respondents reported suicidality ‘as a result of taking the antidepressants’ suggests that earlier studies may have underestimated the problem.”

These findings come on top of a new review of studies examining patients’ experiences of taking antidepressants (Gibson et al., 2014).

Across the studies reviewed, people consistently reported a…

Given these frequently reported antidepressants side-effects, it is incredible how few people are told about them:

“Very few, it seems, are told about the more subtle, but pervasive and potentially demoralizing, effects on one’s ability to feel positive emotions, or to feel anything at all, or about the potential effects on their relationships with other people. The ethical principle of informed choice suggests that this needs to change.” (Read et al., 2014).