Blue Light Can Improve Alertness and Attention Day or Night 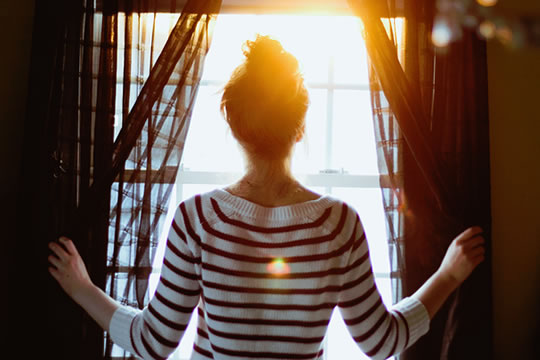 Exposure to blue light can improve reaction times, attention and boost brain waves, according to a new study.

With so many people working indoors–and with natural light lacking in the winter months–a new study could have important implications for the design of artificial lighting (Rahman et al., 2014).

The research, conducted at Brigham and Women’s Hospital in Boston, exposed some participants to short-wavelength or blue light and others to green light. They carried on with their normal day-to-day activities under the light for 6.5 hours.

Afterwards those who’d been exposed to blue light had faster auditory reaction times, better attention and their brain wave patterns suggested they were more alert–although they didn’t consciously feel any more alert.

These findings come on top of findings from the same researchers that exposing people to blue light at night also increases alertness.

When people are illuminated with a blue light at night it brings their alertness up close to daytime levels.

Neuroscientist Steven Lockley, one of the study’s authors, said:

“These results contribute to our understanding of how light impacts the brain and open up a new range of possibilities for using light to improve human alertness, productivity and safety. While helping to improve alertness in night workers has obvious safety benefits, day shift workers may also benefit from better quality lighting that would not only help them see better but also make them more alert.”

It is hoped that smart lighting system which deliver the right wavelengths of light will be more widely available in the future.