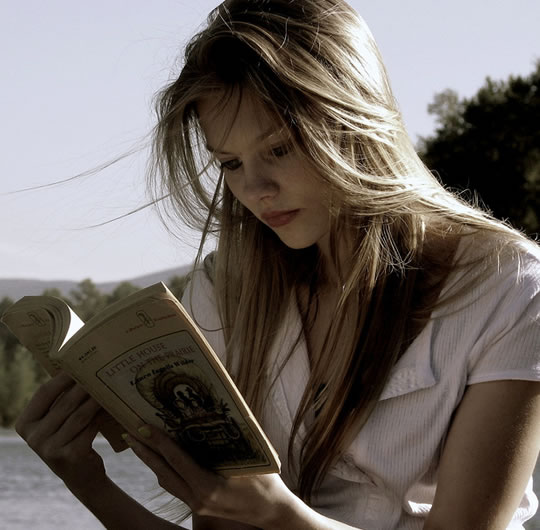 Stories leave their mark on the mind both psychologically and neurologically.

A new study in which participants’ brains were scanned before, during and five days after reading a novel has found persistent neurological changes (Berns et al., 2013).

They were scanned every day, over 19 consecutive days, to assess the brain’s resting state: in other words, what it’s doing when it’s doing nothing in particular.

The results, published in the journal Brain Connectivity, showed that there were changes in the brain’s resting state that persisted after participants had finished reading the novel.

“Even though the participants were not actually reading the novel while they were in the scanner, they retained this heightened connectivity. We call that a ‘shadow activity,’ almost like a muscle memory.”

The heightened connectivity was seen in the areas of the brain associated with receptivity to language: the left temporal cortex. However, these changes in resting brain state were relatively short-lived.

The scans also revealed greater activity in the area of the brain responsible for the sense of touch and embodiment, the somatosensory cortex.

The changes here persisted for five days after participants had finished reading the novel.

“The neural changes that we found associated with physical sensation and movement systems suggest that reading a novel can transport you into the body of the protagonist. We already knew that good stories can put you in someone else’s shoes in a figurative sense. Now we’re seeing that something may also be happening biologically.”

“A great book should leave you with many experiences, and slightly exhausted at the end. You live several lives while reading.”

He was right: both metaphorically and literally.