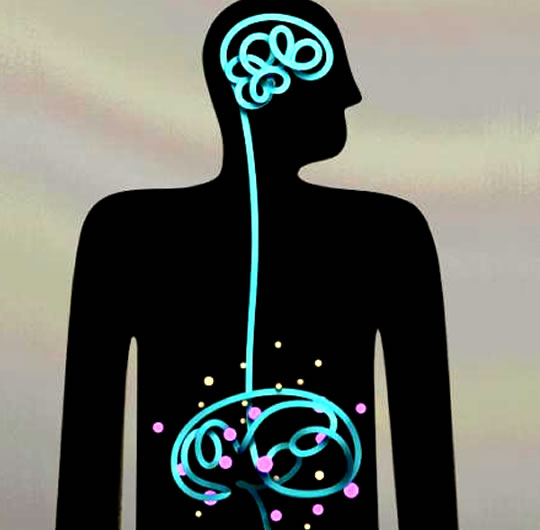 New research ‘gives autism’ to mice, then cures it with probiotic therapy.

One of the many curious things about autism is that it is often accompanied by gastrointestinal issues, despite it being primarily thought of as a brain disorder.

For example, many people with autism also have inflammatory bowel disease and other gastrointestinal problems like constipation and abdominal cramps.

This has led scientists to wonder how much the gut might have to do with the brain.

A new study, published in the journal Cell, tests out this link in autism between the gut and the brain in a mouse model (Hsiao et al., 2013).

The Caltech study created mice with autistic behaviours by exposing them to a virus-like structure which provokes an immune response.

Like humans with autism, the mice also developed intestinal problems. They had ‘leaky guts’: material was allowed to pass from their intestines into their blood stream.

The question is: could they fix the problem?

One experimental treatment for autism that has had some success is the use of probiotic therapy.

So the researchers then treated the mice with Bacteroides fragilis, which has been used in probiotic therapy.

After the treatment, the mice’s leaky guts were fixed.

Not only that, but their behaviour also changed. They were much less likely to engage in repetitive digging behaviours. This is a good sign since repetitive behaviours are a common feature of autism in humans.

They also displayed reduced anxiety and were more likely to communicate with other mice–similarly, communication difficulties are a core feature of autism in humans.

The lead author of the study, Elaine Hsiao, explained:

“The B. fragilis treatment alleviates GI problems in the mouse model and also improves some of the main behavioral symptoms. This suggests that GI problems could contribute to particular symptoms in neurodevelopmental disorders.”

The scientists think that the therapy works because it stops certain metabolites leaking into the bloodstream, which then affect the brain and behaviour.

After this success, their next step will be to try the therapy on humans. However, another of the study’s authors, Professor Sarkis K. Mazmanian, said:

“Autism is such a heterogeneous disorder that the ratio between genetic and environmental contributions could be different in each individual. Even if B. fragilis ameliorates some of the symptoms associated with autism, I would be surprised if it’s a universal therapy–it probably won’t work for every single case.”

Nevertheless, it’s a fascinating finding about what continues to prove a baffling disorder.

Here is Elaine Hsiao talking about mind-altering microbes at a TEDx event at Caltech (link):

→ Now read on: Autism: 10 Quick Facts You Should Know