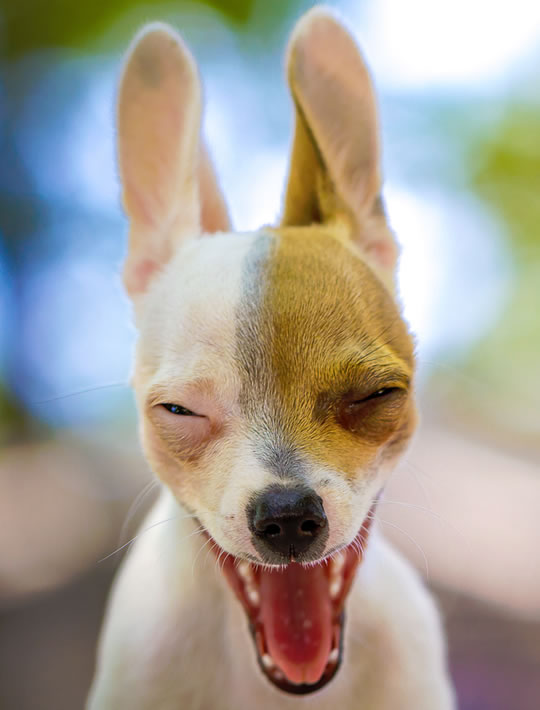 A new experiment suggests that, like humans and some primates, dogs have the complex skills required to recognise faces.

The research is the first to measure dogs’ eye movements as they looked at pictures of both humans and other dogs.

The research, conducted by Somppi et al. (2013) and published in the journal Animal Cognition, trained dogs to lie down and look at images presented on a computer screen in front of them.

The dogs were shown pictures of their owner and other dogs they knew, as well as both humans and dogs who were strangers to them.

All the while their eye movements were tracked.

It was clear that dogs were most interested in the faces of other dogs, as they looked at these images the longest.

Fascinated by the eyes

In addition, dogs were shown the pictures upside down. This is because upside-down faces are thought to help reveal how our brains process faces.

The researchers found that the dogs were interested in the upside-down faces and looked at them for the same length of time, on average, as those that were the right way up.

Like humans, though, dogs were most fascinated by the eyes, especially when the faces were the right way up.

The authors conclude that dogs may well be able to pick their owners out in a photograph:

“Dogs are likely to recognize conspecific [other dogs] and human faces in photographs, and their face perception expertise may extend beyond their own species.”