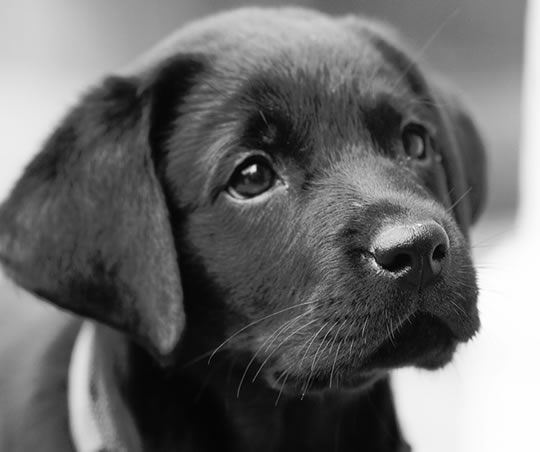 Do owners look like their dogs? Do we think they understand us? And more fascinating questions…

Are these people talking to their babies or their dogs:

“Oh my God, the living room carpet is ruined!”

Difficult to tell right? So Mitchell (2001) thought, which is why he decided to compare how people talk to infants with how they talk to dogs. He found both similarities and differences:

Which all raises the question of whether we’re treating our babies like dogs or our dogs like babies. Either way, the authors point out the main problem in talking to both babies and dogs is it “involve[s] communicating with a limited and inattentive addressee.”

I think that’s a bit harsh on dogs.

2. Do we think dogs understand us?

What with all that baby-talk going on, you’d think that dogs would pick up the odd word or two. To examine people’s perceptions of their dog’s understanding Pongracz, Miklosi and Csanyi (2001) gave Hungarian dog-owners a questionnaire. It asked them to rate the types of utterances they thought their dogs could understand. Top of the list came questions, followed by permissions and information giving. It seems these dogs are regular little Lassies.

But what proof is there that they really understand? Well, we can only tell by how the dog responds. So, next the authors asked dog-owners how often their dogs demonstrated understanding by obeying a command. Our hardy Hungarian dog-owners reckoned:

Seems pretty high to me. Or perhaps Hungarian dogs are very smart.

Even if dogs can’t understand what we’re saying they’re still fantastic props for starting conversations. When taking a dog for a walk, you can’t help getting chatting to people. OK, so you’re mainly apologising to parents as your dog mauls their children, but at least its social contact, right?

The evidence for this one is provided by Rogers, Hart and Boltz (1993) in an observational study of elderly dog walkers. They found dog owners have more conversations in which, surprise surprise, they often talked about their dogs.

Not only that, but dog owners tended to report higher satisfaction with their emotional, social and physical states. So not only do dogs start conversations, they may also make you healthier.

4. Do dogs resemble their owners?

I recently covered a study finding that couples come to resemble each other facially over time. So what about dogs and their owners? There are a few studies on this – well actually there’s three academic articles and just one study.

a. Roy and Christenfeld (2004) find that, yes, dogs do resemble their owners, but only if they’re purebreds – that’s the dogs now, not the owners. So, the old chestnut is true. Hooray!

b. Levine (2005), reanalysing the data collected in the first study, say no – there’s problems with Roy and Christenfeld’s (2004) study. This means we can’t yet be sure purebred dogs resemble their owners. A new study is required. Booo.

The world still awaits the conclusion…

Dog lovers: look away now. Cat lovers: sharpen your knives. Haidt, Koller & Dias (1993) wanted to find out how culture affects the way we moralise about different types of behaviours using fictional stories. One story participants were told goes like this:

“A family’s dog was killed by a car in front of their house. They had heard that dog meat was delicious, so they cut up the dog’s body and cooked it and ate it for dinner.”

Then they’re asked if the dog-chomping family should be stopped. Turns out the answer you give depends on your culture and socioeconomic status. If you live in the US and you’re well off you’re likely to agree that eating your dog may be disgusting but seeing as it isn’t harmful, shouldn’t be stopped.

On the other hand, if you’re a poor US citizen, or you live in Brazil, you’re much more likely to moralise and think the dog-chompers should be stopped in their tracks.