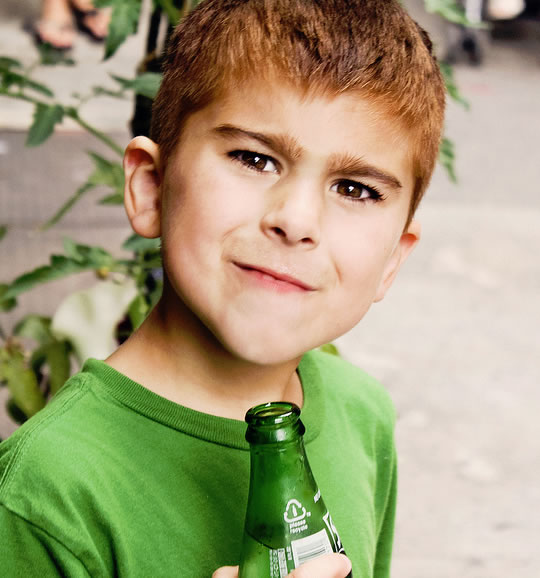 A new study of 2,929 5-year-old children has found a link between consuming sodas and bad behaviour.

The US researchers found that children who drank more soda were more likely to be aggressive, to have attention problems, to get into fights and to destroy other people’s belongings (Suglia et al., 2013).

This backs up findings in adolescents that have linked drinking more soda to self-harm, aggression, depression and even suicidal thoughts (Lien et al., 2006; Solnick & Hemenway, 2013).

Among the 5-year-olds, 43% consumed at least one soda per day and 4% had 4+ servings per day. Those consuming four or more sodas a day were twice as likely to be involved in bad behaviours as those who drank none.

Since the study was based on associations, it doesn’t necessarily tell us that drinking soft drinks caused the behavioural problems, but this study does support the possibility.

The researchers found evidence against this possibility by measuring the following factors and taking them into account:

The link between drinking soda and behavioural problems persisted with these variables factored in.

Nevertheless the link still needs explaining. So perhaps it is the soda after all, given that:

“Caffeine has been linked to insufficient sleep, nervousness and jitters, impulsivity, and risk-taking in children and adolescents, and a study of 9- to 12-year-old children in Brazil found that those with depression were more likely to consume caffeine.” (Suglia et al., 2013).

Apart from caffeine, the other possible causative factors in sodas are:

Since sodas are hardly a healthy choice for children or adults–they have been associated with obesity, heart disease, asthma and more–it makes sense for parents to limit their intake for both physiological and psychological reasons.