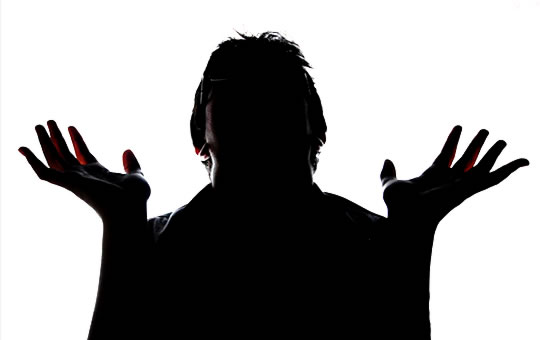 When people gesture with their hands while talking, it helps change their thoughts.

If you ask someone to show you how to tie their shoe-laces or play Jenga, they will almost certainly use their hands to do so.

Even people who have been blind from birth, and have never seen gestures, still use them while they talk.

But these gestures aren’t just a way of communicating, they may also be a way of abstracting and encoding the information.

In a study investigating how gestures interact with thoughts, Beilock and Goldin-Meadow (2010) had participants trying to solve a test often used by psychologists called ‘The Tower of Hanoi’ task.

Essentially this involves moving some blocks from one tower onto another.

After completing this, participants were asked to explain how they had solved the puzzle to someone else.

This is virtually impossible to do without using your hands and everyone gestured spontaneously, although in slightly different ways.

They then went back into to do the task again but, this time, half the participants had had one of the disks switched so that it was more difficult to lift.

Here’s the really interesting bit: people who had spontaneously gestured with only one hand when asked to explain their solution, took longer to solve the puzzle the second time.

What had happened was that how people had gestured while they explained the task had changed how they had remembered to complete it.

Thinking with your hands

This finding builds on previous studies which show that gesturing can help build memory.

Studies on children have shown that when they are encouraged to gesture while they talk, it can increase what they learn (e.g. Stevanoni & Salmon, 2005).

And, from the perspective of someone learning from another, people can learn certain tasks better when the other person gestures at them.

Not all tasks or attempts to learn, though, will benefit from gesturing; it will depend on whether the particular task lends itself to gesturing.

Nevertheless, the study is a wonderful reminder of the power of something most of us do, but few think about: