10 Ways Your Voice Influences Other Minds 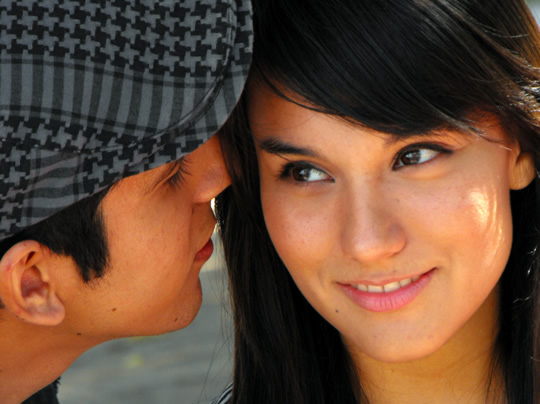 Deep male voices boost memory, familiar voices are easy to hear or block out, the distinctive voice of love and more…

It’s not just what you say, it’s the way that you say it.

The sound of our voices, including its pitch, accent and inflection, has all sorts of subtle effects on how we are perceived by other people.

Here are ten ways in which the sound of your voice influences other people’s minds.

Familiar voices seem to jump out of the background hubbub automatically at us.

Participants in a recent study listened to their spouse’s voice when it was mixed up with a stranger’s voice (Johnsrude et al., 2013). They found it easier to pick out what their spouse was saying compared with the stranger.

The punch line is that people also found it much easier to ignore their spouse’s voice when they wanted to.

So, familiar voices are easier to hear, and also easier to tune out.

2. The voice of love

There’s a subtle change in people’s voices when they speak to someone they love.

Despite the subtlety of these shifts in the voice, people can detect the changes by listening for just 2 seconds (Farley et al., 2013).

One of the study’s authors, Susan Hughes, explained that the voices of new lovers had a special tone:

“There was vulnerability associated with the voices of those newly in love. Perhaps people don’t want to be rejected.”

It’s hardly a revelation that women prefer men with deeper voices (Collins, 2000), although it does contain a mystery.

The mystery is: why? You might, quite sensibly, guess that it signals a taller man, more muscles, a hairy chest and so on.

But actually when women are tested, a deeper voice only tells a woman that a man probably weighs more. In other words, men with deeper voices can just as easily be short, fat and totally lacking in muscles or a hairy chest.

The idea is that a high-pitched voice signals a smaller body and a more submissive person (hey, no one said evolutionary psychology was politically correct).

One theory of why breathiness is attractive for both men and women is that it makes the voice sound less aggressive and therefore more approachable (Xu et al., 2013).

A potential problem with a man having a deep voice and a woman having a high-pitched voice is that it signals attractiveness, which also means they might be cheaters!

People seem to be implicitly aware of this (O’Connor et al., 2011). One of the authors of the study, Professor David Feinberg, explains:

Everyone must have had the experience of hearing their own recorded voice back and being surprised by it. Many people say: “Oh, I really hate the sound of my own voice!”

But is that true?

A study has tested this by having people rate a series of voices, which, secretly, also included their own (Hughes, 2013). It turned out that, on average, people really liked the sound of their own voice, despite not recognising it as their own.

So, it’s not just politicians who love the sound of their own voice–most of us do.

One problem for those with a foreign accent, is that it sounds less believable.

A recent study found that statements that were read in a foreign accent were rated less truthful than those read in a native accent (Lev-Ari et al., 2010).

While prejudice may be involved, it’s more likely down to the fact that foreign accents are more difficult for the brain to process.

Unfortunately our minds apply a simple rule: if it’s more difficult to understand, it’s less likely to be true.

If two people with different accents are talking to each other, they naturally blend them to match, usually without realising.

The reason for this is partly that when we imitating someone else’s accent, it makes it easier to understand what they are saying (Adank et al., 2010).

But make sure that you keep it subtle, or it will sound like you’re mocking them.