Why Haters Have to Hate 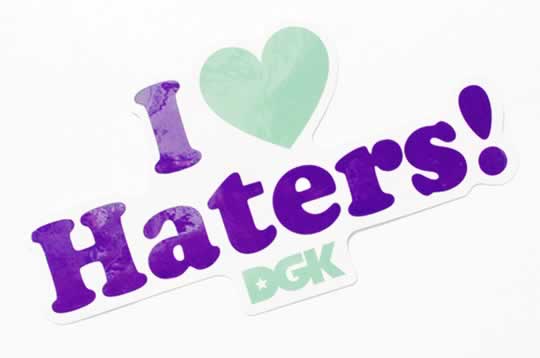 Some people have the talent to find the bad in anything.

Mountains, brie, Greece, electric toothbrushes; you name it, they don’t like it. And they want to tell you exactly why.

A new study published in the Journal of Personality and Social Psychology suggests this might be a newly identified aspect of personality: how much people are predisposed to like or hate stuff, even if they know almost nothing about it (Helper & Albarracin, 2013).

To investigate, the researchers asked people questions about loads of different things that weren’t connected.

They included everything from ‘abortion’, ‘America’, ‘antidepressants’ and ‘architecture’ down to ‘voluntary euthanasia’, ‘wearing clothes that draw attention’ and ‘wine’.

Imagine if you took five of your friends and asked them about subjects as varied as these; surely you’d get really varied responses. Some people like wine and wearing clothes that draw attention, other people dislike those things. Others couldn’t care less either way.

What the researchers found was that there was certainly lots of variation between what people liked and disliked. But, oddly, at a general level, people were split between likers and haters.

In other words, some people tended to like stuff even though they didn’t really know much about it, and some people had the tendency to hate stuff, whatever it was.

The authors of this article argue that this initial stance towards anything and everything is a facet of personality. In the same way that you can be either extroverted or introverted, you can also be a ‘liker’ or a ‘hater’.

So, the answer to why the haters have to hate is that it’s built into them at the level of their personality.

Now, how you might become a like or a hater in the first place, we don’t yet know. Likely, it’s got a lot to do with genetics. Some people are born haters, others born likers.

But there’s also likely a learning component: people probably learn to become haters—hating from an early age, and so forth.

It raises all kinds of fascinating questions: does being a hater run in the family? Can a liker and a hater be in a relationship together? Which professions have the most haters?

I’ll leave you to ponder these and more important questions!