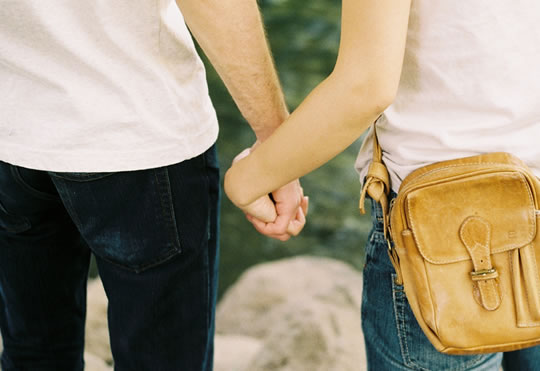 An old philosophical question asks: is there any such thing as a selfless act?

Cynics answer no, because any apparently selfless act is always tacitly showing off what ‘good’ people we are.

Even if no one else knows about the act, the good feeling you get yourself from helping someone else means a selfless act is never really entirely selfless.

But perhaps cynics will be impressed by recent neuroscientific studies which demonstrate in the living mind the enormous human capacity for empathy.

In a brand new experiment, participants were first put in an fMRI machine and shown a series of ‘X’s and ‘O’s on a screen (Beckes et al., 2013).

The ‘X’s indicated there was a 17% chance they would get a mild electric shock through the ankle, while the ‘O’s indicated they were safe (for the moment).

The scans of participants’ brains showed that when there was a chance they were about to receive a shock, the parts of the brain that are involved in threat response became more active. This was as expected.

The twist was that sometimes participants held hands with a close friend, and it was their friend that received the shock, and not themselves.

What the researchers then saw was that the activity in people’s brains was almost identical when their friend was about to receive the shock as when they themselves were about to receive it.

In comparison, there was relatively little activity in the threat response regions when they held a stranger’s hand.

One of the study’s authors, James Coan explained:

“The correlation between self and friend was remarkably similar. The finding shows the brain’s remarkable capacity to model self to others; that people close to us become a part of ourselves, and that is not just metaphor or poetry, it’s very real. Literally we are under threat when a friend is under threat. But not so when a stranger is under threat.”

So the brain scanner could ‘see’ people empathising with their friends, but can it see whether this empathy does any good?

That’s what was examined in a previous study with a similar procedure—except this time participants were husband and wife (Coan et al., 2006).

The question was: would it make any difference to the brains of people who were about to receive an electric shock whether or not they were holding their spouse’s hand?

Indeed it did. When people held their spouse’s hand, as opposed to that of a stranger, the threat response regions of the brain were significantly less active than otherwise.

And, the better the marital relationship, the greater the positive effect of holding hands with their partners.

Subsequent studies showed that the other person only needs to be in the room for the threat response regions to quieten.

We all know from personal experience how gut-wrenching it is to watch the suffering of someone we love. And we all know that, when we are suffering ourselves, it’s better to have someone around that we love.

But it’s fascinating to see these fundamental aspects of what makes us human occurring right there, deep in the living mind.