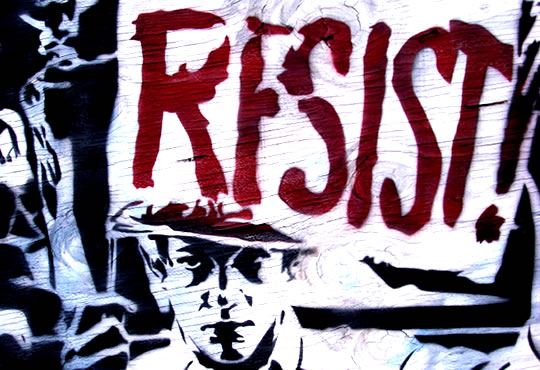 Persuasion is about far more than just argument and counter-argument.

What runs through your mind when someone tries to persuade you?

Say they start telling you about their preferred make of car, the right area to live in or why you should vote this way or that.

How do you react?

And what if you are actively trying to persuade other people; do you know what is going on in their heads? What internal mechanisms are swinging into action as you start to try and convince them?

Here are the top 9 ways that the mind resists persuasion and how to both break them down or sustain them.

Medical inoculations work by giving you a little of the disease so that your body can get used to it and fend off a full attack in the future. Psychological inoculations against persuasion work the same way.

When people have already been prepared with counter-arguments they find it easier to fend of persuasion attempts.

• When persuading: what counter-argument will people already know? Avoid the ‘usual’ arguments in your persuasion attempt. Instead use a new angle they haven’t thought about before.

• When resisting persuasion: expose yourself to different types of arguments and counter-arguments you will likely face. When you know what’s coming it’s easier to defend yourself psychologically. Look for indirect persuasion attempts: perhaps it’s the same old argument made in a slightly different way.

When we can see the persuasion attempt coming, it’s much easier to marshal our defences. Blatant advertising, party political broadcasts and the rest: our defences are up so it’s harder to get through.

• When persuading: don’t signal your attempt in advance. Try to divert attention from the persuasion attempt by hiding it within an apparently innocuous message. Emphasise how you are ‘just talking’ or ‘only discussing’ something.

• When resisting persuasion: try to spot persuasion attempts that are wrapped up in social pressure or as entertainment. For example: “A little won’t hurt. Come on, we’re all doing it!” or: “Find out more about [insert politician here]’s secret love child! Tonight on [insert TV network here]”.

People don’t like being told what to do or having their freedom restricted. It can even lead to a ‘boomerang effect’ where telling people not to do something makes them want to do it more.

• When persuading: avoid restricting people’s freedom; instead make them feel they have options and room for manoeuvre and this can work to your advantage (see: affirming the right to choose).

• When resisting persuasion: think about whether the persuasion attempt is restricting your freedom. If it is then should you go along with it? Alternatively, is the person emphasising how free you are in order to persuade you?

After being persuaded, people often perform a sort of reality check. Have I agreed to something I didn’t mean to? Would I have agreed if I knew then what I know now? If not, then cancel the whole thing!

• When persuading: don’t give people the time for a reality check. Under time pressure people find it difficult to think.

• When resisting persuasion: take a time-out afterwards to think about whether you would still agree to it. Watch out for time pressure or limited deals—these are designed to short-cut rational processes and make us jump right in.

It’s the most natural defence of all: thinking about why they are wrong (counter-arguing) and you are right (bolstering).

• When persuading: strongly held beliefs are difficult to attack. Try being sneaky and sidestepping them. Minimise your point to make it less threatening or make the relationship seem more collaborative (“Hey, I’m just trying to work out the truth as much as you buddy.”)

• When resisting persuasion: think about who else agrees with you. This bolsters your position by using social confirmation. Be wary of camouflaged attempts to persuade.

When people successfully defend themselves against an attempt at persuasion, their original position gets stronger. Say I’m trying to talk you into dying your hair blue and you think you’ll look ridiculous. Unless I put forward a better case than, “Because it’ll be funny”, you’ll be even more against it afterwards.

• When persuading: make your first attempt to persuade a strong one, don’t go in half-hearted or you could just increase resistance in the long-run.

• When resisting persuasion: if you know the persuasion attempt is coming and you have counter-arguments ready then your resistance will only make you stronger.

Persuasion attempts often use the argument from authority, kind of like: “I’m your father so I know best.” But like any child, we want to rebel so we attack authority.

• When persuading: make sure your credentials are rock-solid. If they’re not, find someone whose authority is unquestioned. People naturally defer to those who have (or appear to have) authority.

• When resisting persuasion: attack the source of the message. Use negative emotions like anger or irritation and attribute them to the so-called authority figure. Be extremely suspicious of anyone who relies purely on authority to influence.

8. Being sharp and alert

Resistance is easiest when we feel sharp and alert. That’s when you are better able to raise counter-arguments, sustain your position, spot persuasion attempts coming and so on.

• When persuading: when people are tired, their defences are down. If they are alert now, can they be worn down or their resistance blunted by a frontal attack? And, can you reduce their motivation to resist?

• When resisting persuasion: beware tiredness. Never go shopping when you’re really hungry, buy a car when you’re desperate or talk to a salesman when you’re half-distracted. Recognise times when you’re likely to be weak and closet yourself until the energy levels are replenished.

Sometimes the easiest ways of resisting persuasion are the simplest. You walk away, turn off the TV or block out the drone of other people’s point of view by humming the theme to The A-Team.

• When persuading: do you have their full attention? If not, then it’s hard to be effective. Once they are focused on you, start with the most interesting part of the argument to draw them in.

• When resisting persuasion: are you really ignoring it? We are more easily swayed than we think. Most guess that it’s other people who are influenced by adverts or political messages, not ourselves. Don’t just turn it down, turn it off.