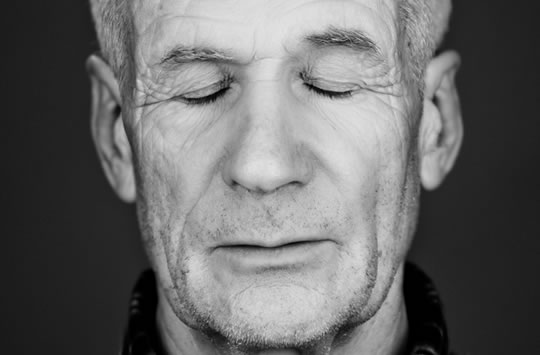 Surgeons do it. Tennis players do it. But do the rest of us undervalue the mental rehearsal of challenging activities?

If you were to undergo brain surgery, would you care if the surgeon regularly carried out mental practice of the operation? Or, would you only be interested in the physical practice?

(By mental practice I don’t mean getting ‘psyched up’ or making plans or getting in the right frame of mind; I mean mentally running through the physical movements required for the operation.)

Quite naturally you’d probably be much more interested in how often the surgeon had carried out the operation in real life, rather than in his imagination.

For neurosurgery specifically there is no study looking at what difference mental practice can make (although some surgeons do carry out this sort of rehearsal). But we do know that for basic surgical techniques, mental practice can benefit performance.

One study by Sanders et al. (2008) was carried out on medical students. On top of their usual training—which included physical practice—half were trained in mental imagery techniques, while the other half studied their textbooks.

When the students carried out live surgery, those who’d used mental imagery performed better, on average, than those assigned the book learning.

Away from the operating theatre, the main way we’re used to hearing about mental rehearsal is in sports. Whether it’s an amateur tennis player or Roger Federer, sports-people often talk about how mental rehearsal improves their performance.

My favourite example is the British Formula 1 driver, Jenson Button. In practice he sits on an inflatable gym ball, with a steering wheel in his hands, shuts his eyes, and drives a lap of the circuit, all the while tapping out the gear changes. He does this in close to real time so that when he opens his eyes he’s not far off his actual lap time.

The reason that sports-people, surgeons and many others are interested in the benefits of mental practice is that they can be so dramatic, plus they are effectively free.

Here’s a great example from a simple study in which some participants trained up a muscle in their little fingers using just the power of mental practice (Ranganathan et al., 2004). In the study participants were split into four groups:

They all practised (or not) in the various different ways for four weeks. Afterwards, the muscle strength in their fingers and elbows was tested. Unsurprisingly those who’d done nothing hadn’t improved, while those who’d trained physically improved their muscle strength by an average of 53%.

The two mental practice groups couldn’t beat physical training, but they still did surprisingly well. Those imagining flexing their elbow increased their strength by 13.5% and those imagining flexing their little finger increased their strength by 35%. That’s surprisingly close to the 53% from physical training; I bet you wouldn’t have expected it to be that close.

This is just strength training, but as we’ve seen there’s evidence that mental rehearsal of skills also produces benefits. Examples include mentally practising a music instrument, during rehabilitation from brain injuries and so on; the studies are starting to mount up.

Indeed some of these have shown that mental practice seems to work best for tasks that involve cognitive elements, in other words that aren’t just about physical actions (Driskell et al., 1994).

So it’s about more than mentally rehearsing your cross-court forehand. Rehearsal could also be useful for a job interview or important meeting; not just in what you’ll say but how you’ll talk, carry yourself and interact with others. Mental rehearsal could also be useful in how you deal with your children, or make a difficult phone call or how you’ll accomplish the most challenging parts of your job.

Notice the type of mental imagery I’m talking about here. It’s not so much about visualising ultimate success, with all its attendant pitfalls, but about visualising the process. What works is thinking through the steps that are involved and, with motor skills, the exact actions that you will perform.

To be effective, though, mental practice has to be like real practice: it should be systematic and as close to reality as you can make it. Just daydreaming won’t work. So if you make a mistake, you should work out why and mentally correct it. You should also make the practice as vivid as possible by tuning in to the sensory experience: what you can see, hear, feel and even smell, whatever is important.