The Illusion of Control: Are There Benefits to Being Self-Deluded? 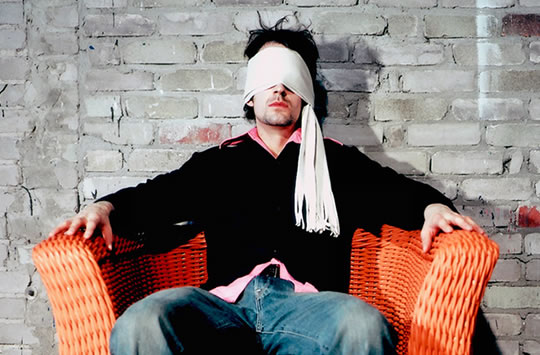 • Next article in this series: The Endowment Effect: Why It’s Easy to Overvalue Your Stuff

• Previous article: The Illusion of Transparency

Do people always overestimate how much they control their lives?

The ‘illusion of control’ is this: people tend to overestimate their perceived control over events in their lives. It’s well documented and has been tested over-and-over in lots of different studies over four decades.

Here’s an example: you choose an apple which tastes delicious. You assume you are very skilled at choosing apples (when in fact the whole batch happens to be good today).

Another: you enter the lottery and win millions. You assume that this is (partly) a result of how good your lucky numbers are (in fact lotteries are totally random so you can’t influence them with the numbers you choose. Although most of us know and accept this, we still harbour an inkling that maybe it does matter which numbers we choose).

Sometimes this illusion manifests as magical thinking. In one study participants watched another person try to shoot a miniature basketball through a hoop (Pronin et al., 2006). When participants willed the player to make the shot, and they did, they felt it was partly down to them, even though they couldn’t possibly be having any effect.

It’s like pedestrians in New York who still press the button to get the lights to change, despite the fact they do nothing. Since the late 80s all the traffic signals have been controlled by computer, but the city won’t pay to have the buttons removed. It’s probably just as well: they help boost people’s illusion of control. We feel better when we can do something that feels like it might have an effect (even if it doesn’t).

It’s sometimes argued that the illusion of control is beneficial because it can encourage people to take responsibility. It’s like when a person is diagnosed with an illness; they want to take control through starting medication or changing their diet or other aspect of their lifestyle.

Similarly, studies find that hospital patients who are able to administer their own painkillers typically give themselves lower doses than those who have them prescribed by doctors, but they experience no more pain (Egan, 1990: What does it mean to a patient to be “in control”).

Feeling in control can also urge us on to do things when the chances of success are low. Would you apply for that job if you knew how little control you had over the decision? No. But if you never apply for any jobs, you can’t get them. So we pump ourselves up, polish our résumé and practice our interview technique.

But the illusion of control isn’t all roses.

To return to the discussion of lotteries, we can see the illusion of control operating in the financial markets. Traders often feel they have more control over the market than they really do. Indeed one study has shown that the more traders think they are in control, the worse their actual performance (O’Creevy & Nicholson, 2010). A word of caution there for those who don’t respect the forces of randomness.

More generally, some argue that the illusion of control stops us learning from our mistakes and makes us insensitive to feedback. When you feel you’re in charge, you are more likely to ignore the warning signals from the environment that things are not under your control. Indeed an experiment has shown that the more power you feel, the stronger the illusion of control becomes (Fast et al., 2009).

So far, so orthodox. What’s fascinating is the idea that the illusion of control itself may be an illusion, or at least only part of the story.

What if the illusion of having control depends heavily on how much control we actually have? After all, we’re not always totally out-of-the-loop like the experiments above suggest. Sometimes we have a lot of control over the outcomes in our life.

This has been recently tested out in a series of experiments by Gino et al. (2011). What they found was that the illusion of control flips around when control over a situation is really high. When participants in their studies actually had plenty of control, suddenly they were more likely to underestimate it.

For example, applying for more jobs increases the chance of getting one, exercise does make you more healthy, buying a new car does make you poorer. All these are areas in which we have high levels of control but which we may well be assuming we don’t.

This effect will have to be renamed the illusion of futility. In other words: when you have high control, you underestimate how much what you do really matters.