Reconstructing the Past: How Recalling Memories Alters Them 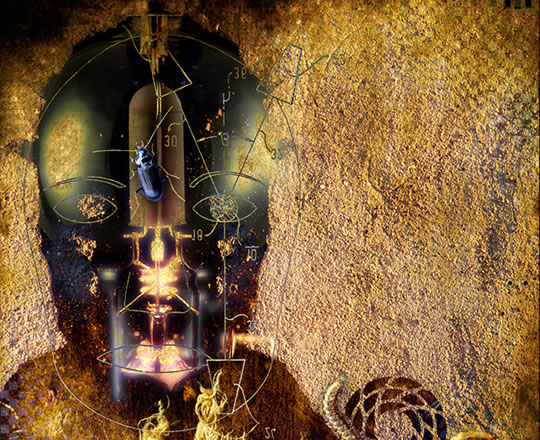 The first experiment to show the enhancing and distorting effect of recall.

During WWII he lived in London during the Blitz, and on one occasion:

“…an incendiary bomb, a thermite bomb, fell behind our house and burned with a terrible, white-hot heat. My father had a stirrup pump, and my brothers carried pails of water to him, but water seemed useless against this infernal fire—indeed, made it burn even more furiously. There was a vicious hissing and sputtering when the water hit the white-hot metal, and meanwhile the bomb was melting its own casing and throwing blobs and jets of molten metal in all directions.”

Except when his autobiography came out, one of his older brothers told him he’d misremembered the event. In fact both of them had been at school when the bomb struck so they could not have witnessed the explosion.

The ‘false’ memory, it turned out, was implanted by a letter. Their elder brother had written to them, describing the frightening event, and this had lodged in his mind. Over the years the letter had gone from a third-person report to a first-person ‘memory’.

Turning the memory over in his mind, Sacks writes that he still cannot see how the memory of the bomb exploding can be false. There is no difference between this memory and others he knows to be true; it felt like he was really there.

This sort of experience is probably much more common than we might like to imagine. Many memories which have the scent of authenticity may turn out to be misremembered, if not totally fictitious events, if only we could check. Without some other source with which to corroborate, it is hard verify the facts, especially for events that took place long ago.

That these sorts of distortions to memory happen is unquestioned, what fascinates is how it comes about. Does the long passage of time warp the memory, or is there some more active process that causes the change?

A study published recently sheds some light on this process and provides a model for how memories like Sack’s become distorted.

In the experiment participants took part in a self-guided museum tour where they were told to stop at particular exhibits along the way (St. Jacques & Schacter, 2013). These stops on the museum tour are the experimental stand-ins for the events you’ve experienced across your life.

Participants were asked to look at a series of photos showing the stops they visited during their tour, a sort of ‘event-movie’, thus retrieving or reactivating memory. Following retrieval, they were shown a new photo taken at the museum that showed stops that were not part of their tour.

This is something like what goes on when you sit looking out of the window on a wet Sunday afternoon, thinking back to childhood memories. Images come back to you in no particular order: some of which may be true memories, others things you’ve been told or simply fabricated. They are jumbled; the sources unclear and the meanings opaque.

In the study participants returned for a third session and were shown photos and asked whether they’d stopped at the exhibit or not. Once again, some of the time they were shown pairs of exhibits they had or hadn’t looked at and other times real and false memories were mixed up together.

Across the three sessions, then, the researchers had simulated the recall of the jumble of real and false memories that are likely to be returned to consciousness when we try to recall past events. Real aspects of a memory get mixed up with false aspects and the whole confection gets stirred up each time we recall it.

In the study they found that participants’ memories were both enhanced and distorted by the process of recall. People found it easier to remember those exhibits which they were subsequently shown photographs of. This shows that merely recalling a memory is enough to strengthen it.

But the study also demonstrated that false memories were also strengthened. In other words when participants falsely recalled seeing a particular exhibit in the second session, this made it more likely to be flagged up as a ‘real’ memory in the third session.

What this is showing is how false memories can grow in the mind. Of course, in real life things don’t happen as cleanly as they do in the psych lab. Our memories and fantasies are intertwined, crossing over and interfering with one another. Thinking about the past continues this process of interweaving.

Something like this may have happened to Sacks. Indeed, while he didn’t actually witness the bomb blast described above, he had been there at an earlier incident, describing it thus:

“One night, a thousand-pound bomb fell into the garden next to ours, but fortunately it failed to explode. All of us, the entire street, it seemed, crept away that night (my family to a cousin’s flat)—many of us in our pajamas—walking as softly as we could (might vibration set the thing off?). The streets were pitch dark, for the blackout was in force, and we all carried electric torches dimmed with red crêpe paper. We had no idea if our houses would still be standing in the morning.”

His brother confirmed that he had been there that time.

Anyone who thinks that the main aim of memory is fidelity will find this study disheartening. It seems to underline the fragile nature of memory and the human mind in general.

But there is a way to look at it that is not only more positive, but also hints at ways to make valuable personal changes.

What emerges is that autobiographical memory is not just about accurately remembering what happened when, it is an active construction of the self. How you think about the past helps generate your experience in the moment as well as the decisions you take in the future.

If that autobiographical memory can change based on how you recall the past, then our pasts are not gone and forgotten, they are living parts of who we are. Choosing to recall certain events rather than others is a way of choosing how we live now and what decisions we make in the future.

What’s done may be done, but it’s still open to reinterpretation.