How TV Can Boost Your Self-Control 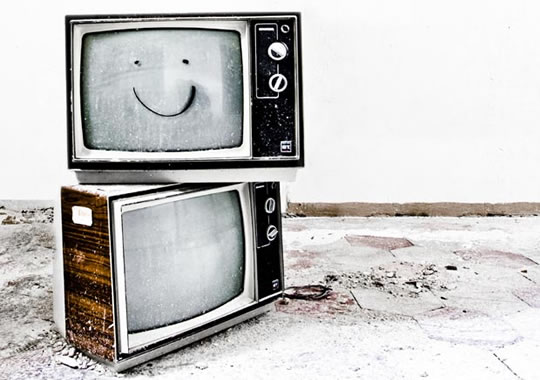 After a long hard day’s work it feels good to flop down and enjoy your favourite TV show.

Is that so wrong? Or should we be doing something more challenging or creative with our time? Perhaps taking a spin class or learning the Peruvian nose-flute?

A new study, however, suggests that the ‘idiot box’ may have its psychological uses after all (Derrick, 2012).

The problem with stressful days is that they sap our self-control. This is a finite resource which easily runs down at the end of the day.

While you might start out with good intentions for what you’ll do in the evening, these are all shot once you’re worn out.

One way that we can replenish our self-control is to escape into a familiar social world. People we know well provide a sense of belonging, can give us energy, boost our mood and be self-affirming.

Since research has shown that people experience the characters in TV shows as real people, perhaps they can also provide this sense of belonging.

Where you know everybody’s name

When Jaye Derrick from the University at Buffalo tested this in an experiment, she found that after using up their self-control people did automatically seek out a familiar fictional world, such as those found on TV.

Not only that but this immersion in a fictional world also had positive effects. People did better at a difficult puzzle that required self-control once they’d watched a favourite TV program or read a favourite book.

A second study suggested it wasn’t just about watching any old TV show. It made a difference that the fictional world was a familiar one, such as you might enjoy in a well-established sitcom or drama series.

None of this is to say you should drop your real friends and rely totally on Frasier Crane, Jerry Seinfeld or Homer Simpson for your social interactions. But this research does suggest that, at least in the short-term, watching a familiar TV programme can have a restorative effect on self-control.