Why The Typical Antisocial, Narcissistic, Depressive TV Detective Would in Reality Be a Terrible Judge of Character 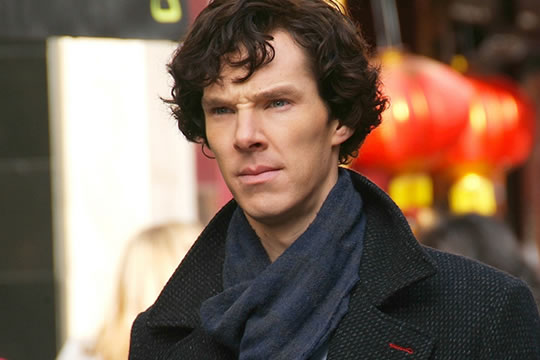 You can learn to be a better judge of character, but not from depressive TV detectives.

There’s a certain type of TV hero who can see straight into the souls of the people he meets. Often these characters are also antisocial, narcissistic, disagreeable and depressive.

He or she could be a detective, a doctor or even a psychologist, but whatever their profession they always have a special gift for reading other people. One or two glances and the target is pegged.

If only life were that simple and we could quickly work out what other people are like. After all being able to accurately judge another person’s personality helps you predict how they will behave. Just think how much easier many areas of our lives would be: choosing a partner, or an employee for instance.

How successful we are in making judgements about other people depends on some things over which we have little control. For a start it helps a little if you’re a woman. In addition, some people are just easier to read than others. The most difficult people to read are the emotionally unstable, introverted, and those lacking in conscientiousness.

It’s also hard to make good judgements without the right information. Obviously sometimes we just don’t know enough about another person or we don’t see them behaving in ways that gives some insight into their personality. For example it’s difficult to tell much about people when they’re in situations which strongly constrain behaviour, like being at a funeral or in the audience at a comedy gig.

People are often like actors in a play: you think they’re revealing themselves but really they’re hiding behind a character or the situation.

Despite these difficulties, there are ways in which we can become better judges of character. A hint comes from research on which types of people are naturally better at judging others. It turns out that good judges of personality tend to be content with life, relaxed, approachable, agreeable and unconcerned with power and definitely not narcissistic. This description seems to rule out many an anxious, depressive TV hero.

For example, one study found that …

“…a videotape of getting-acquainted conversations among three people showed that good judges of personality talked about positive topics, made eye contact, expressed warmth, and seemed to enjoy themselves (Letzring, 2008). In an interesting follow-up study, videotapes of these conversations were shown to unacquainted observers who were asked to judge the personalities of the participants. If a conversation included at least one person who was a good judge, the unacquainted observers made more accurate judgments of all the participants!” (from: Funder, 2012)

This suggests that to successfully judge personality we need to give people the chance to express themselves. The softly, softly approach is most likely to work. If people feel relaxed and comfortable then they are more likely to show their true natures.

So if you want to see into people’s souls, forget about the antisocial Sherlock Holmes or the highly anxious Adrian Monk. Much better to operate with the charm and lightness of touch associated with Hercule Poirot or the apparently bumbling Columbo.