Does Familiarity Breed Liking or Contempt? 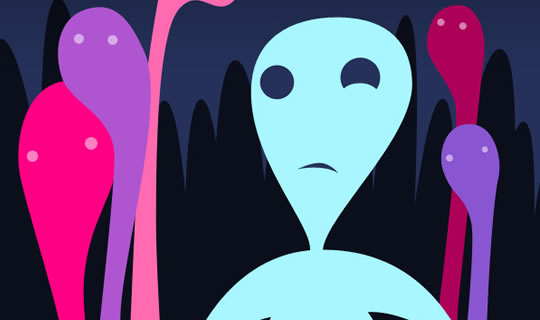 Psych textbooks tells us that familiarity with other people breeds liking, but does it?

Imagine I put you in a Big Brother-type house for a week with a random selection of people. Not the narcissists they choose for those shows but people from every walk of life, a real random cross-section.

For a long time psychologists have assumed that familiarity breeds liking. If you look it up in a psychology textbook, you’ll find the answer is pretty clear. The more people are exposed to each other, the more liking they report.

The assumption is that if you hang around with people for long enough, you’ll eventually get some respect for them and discover some common interests, even if they’re not your type.

A couple of years ago a study by Michael Norton and colleagues challenged this orthodoxy, finding instead that familiarity breeds contempt. You can click through for my in-depth description but the essential point was that the more people were exposed to facts about strangers, the more they came to find dissimilarities and these led to less liking.

The explanation was that we naturally assume that other people are similar to us. Unless there’s some major reason to think otherwise, we assume they have similar views, habits and tastes to ourselves. So, when we find out the truth—that they like opera, or soap opera or are very conservative or very liberal—we tend to like them less.

As often happens in psychology, this sort of finding is like a red rag to bull. Challenge the orthodoxy and someone is going to try and take you down.

Those someones are Reis et al. (2011) in a new study published in the Journal of Personality and Social Psychology. They claim that when people interact there are all sorts of things going on between them that Norton et al.’s study didn’t take into account. For example I may find you, unlike me, don’t enjoy cricket, but we discover a mutual passion for photography. In social interactions we’re likely to work together to find these sorts of mutual interests.

The big selling-point of Reis’ studies is that people are involved in live interactions rather than Norton’s study which only allowed people to view the other person’s preferences. Reis et al. found that the more people interacted face-to-face, the more they liked each other. (As always in psychology studies, these results are on average—some people may have begun to hate each other with a passion but overall the effect was positive.)

The rebels are fighting back though. Norton et al. argue that Reis et al. are using loaded dice. The two types of interaction they used were (unintentionally) more likely to encourage people to like each other. One of them is even called the ‘Relationship Closeness Induction Task’. Perhaps we’d all like each other more if we were forced to undergo the Relationship Closeness Induction Task with everyone we met. Quite naturally Reis et al. reply by saying: yes, our paradigm is flawed but it’s better than yours (you’ll appreciate that this is some seriously crude paraphrasing!).

I will leave the experts to fight over the details but what we often find with psychological phenomena is that they depend on situations. In fact both studies illuminate different aspects of human nature. When motivated we often do go out of our way to find things to like in other people we come into close contact with. We learn to accommodate because our civilisation requires that, by and large, we work together.

On the other hand when there’s nothing riding on it, we notice our dissimilarities with others and this leads to less liking. So, whether familiarity leads to liking or contempt crucially depends on our motivation.

All that aside, Norton’s finding that familiarity can breed contempt—although it may not be a universal truth—still provides a healthy rejoinder to the standard psych textbook approach that mere exposure leads to liking.

Think about it: when I take you out of that Big Brother house, are you really sure you’ll like those people more, on average, or will it be the last you hope to see of them?