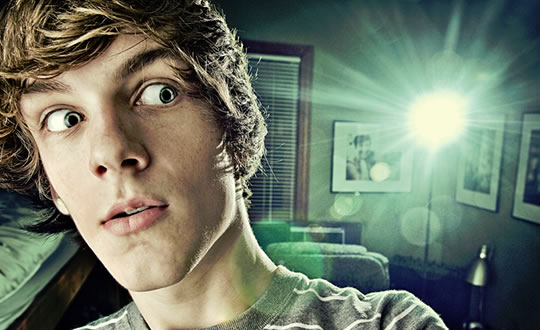 • Next article in this series: Memory Improved By Saying Words Aloud

Can flashbulb memories be distorted? Some of the most widespread beliefs about memory are plain wrong.

One of the classic criticisms levelled at psychology is that it’s just common sense. And there’s nothing that winds up psychologists more than having this old saw repeated back to them.

Simons and Chabris (2011) had 1,838 Americans polled with six basic statements about the psychology of memory. Great care was taken to try and get a representative sample of the general population.

Their responses were compared with those of almost 100 psychologists. Amongst these were 16 professors with at least 10 years experience in researching memory. The statements are all below in their original form:

1. People suffering from amnesia typically cannot recall their own name or identity.

The reason people get this so wrong is probably because they are often exposed to incredibly inaccurate depictions of amnesia. Films like ‘The Bourne Identity’ (and every sitcom ever made that uses an amnesia plot) are partly to blame; while films like ‘Memento’, with its much more accurate depiction of amnesia, are in the minority.

2. In my opinion, the testimony of one confident eyewitness should be enough evidence to convict a defendant of a crime.

37% of the public agreed, while all 16 experts disagreed. Actually eyewitness testimony can be frighteningly inaccurate. One of the problems with memory is that people are surprisingly suggestible.

Even relatively small differences in the way eyewitnesses are handled can have a huge impact on what they claim to have seen. For a good example have a look at this article I wrote about faulty eyewitness testimony.

3. Human memory works like a video camera, accurately recording the events we see and hear so that we can review and inspect them later.

63% of the public agreed, while all 16 experts disagreed. This is a surprisingly high percentage given how most people frequently have problems recalling basic facts. Human memory works nothing like a video camera.

In reality what we recall is affected by our current emotional state, our motivations and so on. And, of course, a lot of the time we can’t remember it at all. See this previous article on the transience of memory.

55% of the public agreed, while 14 experts disagreed and 2 didn’t know or thought it was unclear.

Hypnosis is a bit more controversial, but still the public had a lot more faith in it than the psychologists. Part of the problem with hypnosis is that it can make people incredibly suggestible to completely false information. Through hypnosis, eyewitnesses can come to believe things that never happened. One great example is the ‘lost in the mall‘ study.

5. People generally notice when something unexpected enters their field of view, even when they’re paying attention to something else.

78% of the public agreed and 13 experts disagreed, while 3 agreed. This one was the most controversial for the experts, but probably because there’s little evidence about how often we fail to notice when something unexpected comes into view.

The general point here is that people are much more absent-minded than they think. That’s because of the paradox that we don’t notice what we don’t notice. For all the classic examples check out this previous article on attentional blindness.

6. Once you have experienced an event and formed a memory of it, that memory does not change.

48% of the public agreed while 15 experts disagreed and one thought it was unclear. Actually even so-called ‘flashbulb memories’—like where you were when Kennedy was shot—can be quite inaccurate or easily change over time.

For a great example of how malleable memories are, check out this previous article on how memories are distorted and invented.

By and large, then, according to memory experts, all these statements are false. So, should anyone say to you: “psychology is just common sense”, try asking them if they agree with a couple of the above six statements. If they do, your work is done.

You’ll have spotted that the context for these questions is often related to eyewitness testimony. That’s because in court, lay beliefs about memory are so important. Simons and Chabris conclude by saying:

“The prevalence of mistaken beliefs in the general public implies that similar misunderstandings likely are common among jurors and could well lead to flawed analyses of testimony that involves memory. At least for these basic properties of memory, commonsense intuitions are more likely to be wrong than right.”

Try not to think about what kind of effect these mistaken models of how memory works have on our legal system and public life in general or you’re likely to become mighty depressed.