The Battle Between Thoughts and Emotions in Persuasion 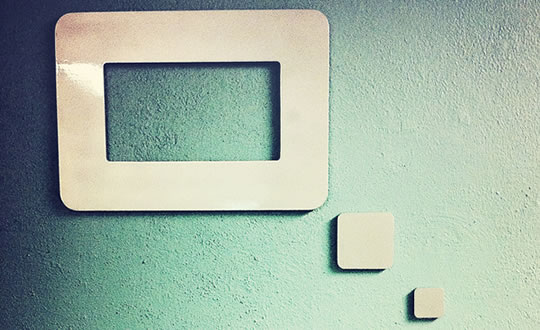 Nowadays people tend to use ‘I think’ and ‘I feel’ interchangeably. For some this is a linguistic faux pas, but what about psychologically? Does it make any difference whether what you say is couched in ‘thinking’ or ‘feeling’ terms?

Nevertheless a new study published in the journal Personality and Social Psychology Bulletin finds this tiny difference can influence the power of a persuasive message (Mayer & Tormala, 2010).

Nicole Mayer and Zakary Tormala first assessed the natural tendencies of 65 participants to think either cognitively or affectively. Did they tend to describe the world with reference to feelings (e.g. unpleasant or pleasant; scary or comforting) or in terms of thoughts (e.g. useless or useful; harmful or beneficial).

Then they were given a persuasive message to read about donating blood which contained exactly the same arguments, except where one used the word ‘think’, the other used ‘feel’. Afterwards each person was asked how likely they were to donate blood in the future.

People who thought about the world in cognitive terms were more persuaded to give blood when the message was framed in terms of ‘thinking’. On the other hand the group that used emotional words was more persuaded when ‘feel’ was used.

This suggests that if you want to persuade someone, then it’s useful to know whether they are a thinker or a feeler and target your message accordingly. If you don’t already know then the easiest way to find out is listen for whether they describe the world cognitively or affectively.

To check this theory out Mayer and Tormala gave men and women adverts for a new movie. Tormala explains the results:

A vital caveat to this research, particularly relevant because of the gender difference, is that it is not assessing whether messages should persuade rationally or emotionally at a deep level (I’ll come on to that). This study is all about framing: the terms in which a message is couched.

Emotional messages can be couched in emotional language, but they can also be couched in cognitive language. I can say “I feel happy,” or “I’m thinking happy thoughts.” Both messages contain emotional content but people respond to them in different ways.

So this study is less about the content and more about the surface appearance. If you appear to be referring more to either emotions or thoughts then people who think in those terms are more persuaded.

Looking closer at these findings, there are also reliable differences between people. We vary individually in our desire for both the cognitive and affective components of messages. In an experimental test of this, Haddock et al. (2008) found that people’s ‘need for cognition’ and ‘need for affect’ was central to how persuasive messages were processed. And just like Mayer and Tormala, Haddock and colleagues found that persuasion was boosted if the message matched those individual preferences.

In practical terms, though, Mayer and Tormala win out because in their experiment the deep meaning of a message doesn’t need to be changed, it only needs to appear to have changed. There are likely to be some losses in persuasive power, but for a manipulation that is so simple to implement, it’s a neat way of boosting persuasive power. The only challenge is picking the audience as either a thinker or a feeler. Once past that, your message is easily tailored.

In the grand arena of ideas, we have tended to see emotion as the poorer cousin to thought, especially in the context of persuasion. We have this idea that using an emotional argument, or being swayed by one, somehow denotes lesser intelligence. But attitudes towards emotional arguments are warming as psychologists have uncovered the vital role emotions play in our thinking.

Rather than seeing emotions as opposed to rationality, psychologists frequently describe them as vital components of reason. Contrary to centuries of prejudice, an emotional thought isn’t necessarily an irrational one.