Are You Too Pessimistic About Your Personality? 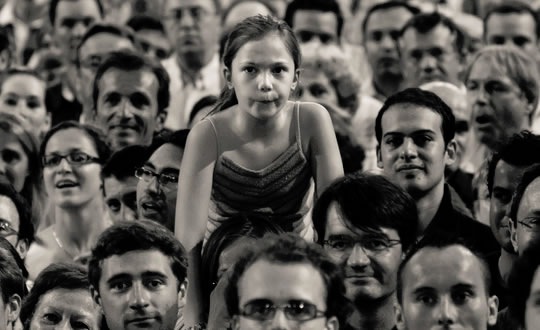 From time to time we all wonder what other people think of us. Often in a quiet moment, just before going to sleep, while reviewing the day, we try to work out how friends and family might interpret what we’ve said and done.

How neurotic does my partner think I am? Do my colleagues think of me as a reliable, hard worker? Do my friends think I’m stuck in a rut or open to new experiences?

Here on the inside we have a model of ourselves that makes sense, but out there, what conclusions are those who know us best drawing about our personalities?

Of course we all differ and you might imagine that the differences between actor and observer would cancel out. For example some people might appear more conscientious than they are, and others less so.

How do friends see you?

When psychologists compare people’s ratings of their own personality with those of others, they find something curious. There are consistent and reliable differences between how people, on average, see themselves and how those closest evaluate them.

Estonian psychologist Juri Allik and colleagues gathered personality tests on participants across Europe; from Belgium, The Czech Republic, Estonia and Germany (Allik et al., 2010). People were asked to fill out one personality questionnaire themselves, and get someone who knew them well to do the same.

Here are the five different dimensions into which personality is most often broken down, along with brief descriptions:

Despite the differences between the four cultures examined, the pattern of results was remarkably similar. When Allik and colleagues compared what people thought of themselves compared with their friend’s judgement, some consistent differences emerged. Here’s what they found, on average, across all the participants:

To rule out the conclusion that there’s something unusual about Belgians, Czechs, Estonians or Germans, Allik and colleagues looked at similar data taken from 29 cultures, including the United States, Japan, India and Burkina Faso (in West Africa).

Broadly the same pattern of results emerged, which suggested that people all around world share this same tendency to see themselves as more neurotic and self-conscious and less open to experience than they are rated by friends and family.

Battle of the biases

None of the differences that emerged were huge, but they were consistent. And it’s the exceptions that are fascinating because they are tricky to square with people’s natural tendency for self-enhancement, i.e. most people think they are above average. If that were true we’d expect to see people rating themselves higher on conscientiousness and lower on neuroticism than their friends.

But, in Allik et al.’s study, the comparisons are between friends and family. Because our friends and family naturally have a positive bias towards us, they may rate us higher than a stranger on socially desirable personality traits.

The finding from Allik et al.’s study that doesn’t fit with this explanation is the lower rating others gave for openness to experience. Because being open to new experiences is socially desirable, if this theory is correct, we’d expect the same positive bias from our friends. It’s certainly a hole in that particular explanation so we can’t yet be sure exactly how to explain these findings.

The researchers conclude that, on average, our friends and loved ones have much the same view of our personalities as we do. Perhaps we are a little pessimistic on neuroticism and conscientiousness, maybe a little optimistic on our desire for new experiences. But in broad-brush personality terms, the real you is probably shining through.