How Other People’s Unspoken Expectations Control Us 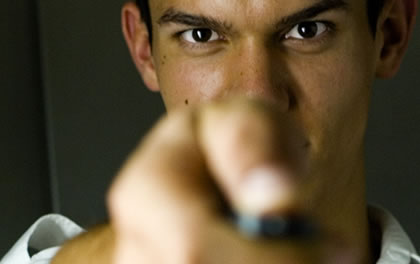 We quickly sense how others view us and play up to these expectations.

A good exercise for learning about yourself is to think about how other people might view you in different ways. Consider how your family, your work colleagues or your partner think of you.

Now here’s an interesting question: to what extent do you play up to these expectations about how they view you?

This idea that other people’s expectations about us directly affect how we behave was examined in a classic social psychology study carried out by Dr Mark Snyder from the University of Minnesota and colleagues (Snyder et al., 1977). They had a hunch that people automatically sense how others view them and immediately start exhibiting the expected behaviours.

To test this in the context of interpersonal attraction they had male students hold conversations with female students they’d just met through microphones and headsets. One of the quickest ways that people who’ve just met stereotype each other is by appearance. People automatically assume others who are more attractive are also more sociable, humorous, intelligent and so on.

Then the men talked to the women but without seeing them so they didn’t know they weren’t actually talking to the woman in the picture. Half expected to be talking to the attractive woman, half to the unattractive woman. The question is, would the women pick up on this fact and unconsciously fit into the stereotype they had been randomly assigned. By doing it this way the experimenters could rule out the influence of individual personalities and focus on the effect of expectations.

When independent observers listened to the tapes of the conversation they found that when women were talking to men who thought they were very attractive, the women exhibited more of the behaviours stereotypically associated with attractive people: they talked more animatedly and seemed to be enjoying the chat more. What was happening was that the women conformed to the stereotype the men projected on them. So people really do sense how they are viewed by others and change their behaviour to match this expectation.

Now this experiment just happened to be carried out by manipulating the stereotype of attractiveness but the same rule applies to many different areas of life. Think of any of the standard stereotypes about class, race and nationality. Each of these create expectations in other people’s minds, expectations that are difficult for us to avoid playing up to.

Understanding that other people’s expectations about us directly and immediately affect our behaviour is a vital component in understanding how we can come to be quite different people across various social situations.

I leave you with one final thought: in the real world two people are influencing each other continuously, trying to live up (or down) to each other’s expectations. Of course we only have direct control over our own expectations of others, so one implication of this study is that by changing our expectations of others we can actually change their behaviour for worse or, should we choose, for the better.