Stereotypes: Why We Act Without Thinking 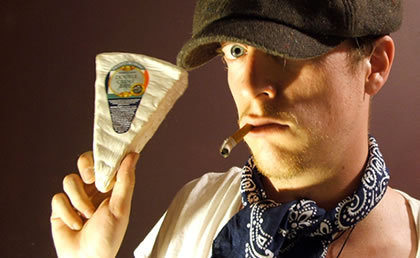 Three classic experiments show how stereotypes can influence our behaviour without our knowledge.

Despite their bad name, stereotypes can be handy short cuts that give us useful information about the world and other people. For example the stereotype of psychologists is that they are going to analyse you, then start meddling. There’s certainly some truth to that, after all that is their job.

When stereotypes are dangerous is when we automatically draw conclusions about individuals that aren’t accurate and may even be insulting to them. So the question is: when a particular stereotype is activated — say we see an old person, a French person or a psychologist — can we avoid thinking, respectively, ‘slow’, ‘rude’ and ‘nosy’?

Until the classic social psychology study I’m about to tell you about, it was thought that we didn’t automatically act on stereotypes, that we were able to consciously discard them. But, asked Yale Professor John Bargh and colleagues, how can we consciously discard a stereotype if we’re not even conscious that it has been activated? And will this unconscious stereotype have any effect on our behaviour?

To find out Bargh et al. (1996) conducted three experiments, starting with an attempt to make some people ruder and others more polite, using a very simple cue.

In the first experiment 34 participants were divided into 3 groups with each group unconsciously cued into a different state: one ‘rude’, one ‘polite’ and one neither. This had to be done in a roundabout way so that the participants didn’t suspect they were being manipulated. What the experimenters did was give them a word puzzle to unscramble. To activate the idea of rudeness in one group it contained words like ‘bother’, ‘disturb’ and ‘bold’. To activate the idea of politeness the next group unscrambled words like ‘courteous’, ‘patiently’ and ‘behaved’. The third group unscrambled neutral words.

After finishing the unscrambling participants left the room to track down the experimenter but found them deep in conversation with someone, forcing them to wait. The question the researchers wanted to answer was what percentage of people would interrupt if the experimenter kept ignoring them by talking to the other person for 10 minutes.

This is quite a dramatic effect because participants were unaware of the manipulation yet they faithfully followed the unconscious cues given to them by the experimenters. One group became bold and forthright simply be reading 15 words that activated the concept of impoliteness in their minds, while the other group became meek and patient by reading words about restraint and conformity.

In the second experiment the researchers turned their attention to the stereotype of age. They used the same trick as before of splitting 30 participants into two groups and cueing stereotypes in their minds by getting them to unscramble words. One group unscrambled words associated with being old like ‘Florida’, ‘helpless’ and ‘wrinkled’ while another group unscrambled words unrelated to age.

This time the experimenters wanted to see how fast participants would walk down a 9.75m corridor after they had completed the task. Would cueing people with words about age actually make them walk slower? Yes, indeed it would; participants primed with old age took, on average, a full extra second to cover the short distance to the elevator. That was some pretty slow walking!

This time 41 participants were given a very boring computer-based task to do. While doing it a picture of either a young Caucasian male or a young African American male was periodically flashed up on the screen so quickly that it was impossible to consciously apprehend (for about one-fiftieth of a second). They did this because previous research had shown that people generally stereotype African Americans as being more aggressive than Caucasians. After they had finished, the experimenter told the participants (none of whom were African American) that the computer had failed to save their data and they’d have to do the task again.

What the experimenters were interested in was the participant’s reaction (which they recorded) to the possibility of doing the whole boring study over again. Directly after their facial reaction, the experimenters told participants it was OK, the computer had saved their data and they didn’t actually need to do the study again; they had what they needed: that crucial first flicker of emotion to a frustrating event.

The authors of the paper draw the parallels between their own work and the supposed power of subliminal advertising. As you may know subliminal advertising generally doesn’t work in the way advertisers would hope by causing a stampede for their products. But in these experiments the researchers do seem to be subliminally influencing people to act in pre-defined ways, so how can these opposing findings be resolved?

In fact there’s a subtle difference because in each of the situations in these experiments the response that was primed was absolutely appropriate in each of the situations. Getting angry when your time has been wasted is perfectly normal. It was just the scale of the reaction that was affected by the experimental manipulation. Advertising, however, can prime certain ideas in our minds and associate them with products but the leap to parting us with our cash is much bigger than that in the current experiment, and so more difficult to achieve.

What this study demonstrates very neatly is just how sensitive we are to the minutiae of social interactions. Subtle cues from the way other people behave and more generally from the environment can cue automatic unconscious changes in our behaviour. And by the same token signals we send out to others can automatically activate stereotypes in their minds which are then acted out. As much as we might prefer otherwise, sometimes stereotypes can easily influence our behaviour and our conscious mind seems to have no say.