How Memories are Distorted and Invented: Misattribution

• Next article in this series: Memory Improved 20% by Nature Walk

• Previous article: Why People’s Names Are So Hard to Remember 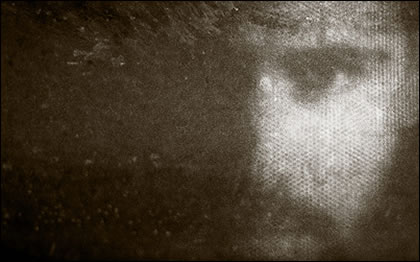 “Most people, probably, are in doubt about certain matters ascribed to their past. They may have seen them, may have said them, done them, or they may only have dreamed or imagined they did so.” –William James

One evening in 1975 an unsuspecting Australian psychologist, Donald M. Thomson, walked into a television studio to discuss the psychology of eyewitness testimony. Little did he know that at the very moment he was discussing how people can best remember the faces of criminals, there was someone encoding his own face as a rapist.

The day after the television broadcast Thomson was picked up by local police. He was told that last night a woman was raped and left unconscious in her apartment. She had named Thomson as her attacker.

Thomson was shocked, but had a watertight alibi. He had been on television at the time of the attack and in the presence of the assistant commissioner of police.

It seemed that the victim had been watching Thomson on television just prior to being attacked. She had then confused his face with that of her attacker. That a psychologist talking about identifying the faces of criminals should be the subject of just such a gross memory failure – and at the very moment he was publicly explaining it – is an irony hard to ignore.

Donald Thompson was completely exonerated but many others have not been so lucky. Gary Wells at Iowa State University and colleagues have identified 40 different US miscarriages of justice that have relied on eye-witness testimony (Wells et al., 1998). Many of these falsely convicted people served many years in prison, some even facing death sentences.

Donald Thomson’s ordeal, though, is a perfect example of Harvard psychologist Daniel L. Schacter’s fourth sin of memory (Schacter, 1999). Unlike the first three sins, which all involve being unable to access memories, this is the first sin that involves the creation of memories that are false in some way. When a memory is ‘misattributed’ some original true aspect of a memory becomes distorted through time, space or circumstances.

While misattributions can have disastrous consequences, most are not so dramatic in everyday circumstances. Like the other sins of memory, misattributions are probably a daily occurrence for most people. Some examples that have been studied in the lab are:

So far we’ve seen how easily people move around the events, faces and sources of their memories. Each of these are situations where people are retrieving a real memory, but mistaking one or more of its aspects. Schacter (1999), however, points to another common type of misattribution: when we attribute an idea or memory to ourselves that really belongs to someone else.

Unintentional plagiarism has been examined in a number of studies. In one straightforward early study people were asked to generate examples of particular categories of items, like species of birds. It was found that people, without realising, plagiarised each other about 4% of the time (Brown & Murphy, 1989). Subsequent studies using more naturalistic procedures have found much higher rates using different types of tasks – sometimes as much as 27%.

That’s a very high rate and probably helps to explain why we see so much unintentional repetition across many different areas of human culture. Musicians, writers and artists of all stripes have to work extremely hard to avoid unintentionally plagiarising each other.

If a song that has been unintentionally plagiarised becomes a hit, it can easily end up making the lawyers a lot of money. When George Harrison was sued for (unintentionally) plagiarising a Chiffons’ hit “He’s So Fine”, a claim that started in 1971 dragged on until the 1990s!

Although memories often have some basis in reality, whether we’ve mixed up some details or even the memory’s source, sometimes they are just completely false. During the 1960s and 70s psychologists discovered a way of reproducing this false memory effect in the lab.

In the classic study conducted by James Deese at Johns Hopkins University, participants are given lists of semantically related words (Deese, 1959). For example: red, green, brown and blue. Later they have to try and recall them, at which point they often recall related words that were not actually presented, like purple or black.

Later studies have replicated this finding using more complicated procedures that help to counteract some of the problems with this early study. Nevertheless there is still the question of whether these laboratory-based tasks really do tell us anything about how we behave in the real world. Are we really this prone to completely false memories in real life?

New evidence suggests we may well be. Brown and Marsh (2008) found that some people could be induced to think they had visited an unfamiliar place simply by being shown photos of that location.

Memory and the self

These sorts of studies on the misattributions of memories can be existentially disturbing. This is because each of us is effectively the accumulation of our experiences, our memories. Who we are is – at least partly – what has happened to us.

Discovering the scientific evidence for how easily memories become confused, distorted or just plain break through from fantasy to reality is like discovering that part of ourselves is fabricated, false in some way. As psychologist William James points out in the opening quote, memories can be carved from both reality and our dreams.

Away from the existential crisis and back to practicalities, Daniel Schacter suggests that misattributions may actually be useful to us (Schacter, 1999). The ability to extract, abstract and generalise our experience enables us to apply lessons we’ve learnt in one domain to another. And, a lot of the time, we simply don’t need to know the exact details of an experience: we may not remember the exact score, but we know our team won. We get the gist. Similarly, when we actually do need to know the details, we can take steps to encode the memory securely so we don’t make misattributions.

But there’s no doubting that in some circumstances misattributions can have frightening consequences – just ask anyone falsely convicted by eyewitness testimony. Just ask Donald Thomson.

Deese, J. (1959). On the prediction of occurrence of particular verbal intrusions in immediate recall. Journal of Experimental Psychology, 58, 17-22.