Dreaming of Evidence for Telepathy 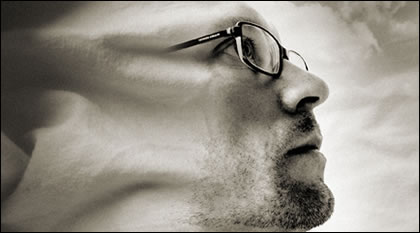 Continuing the series on unusual research in psychology we search for proof of dream telepathy, a search which has thrown up some controversial findings and an experiment during a Grateful Dead concert.

For a few minutes after waking, my mind is filled with the alien imagery of dreams. Perhaps these dreams contain the roots of my neuroses? Or perhaps they are just the random flotsam of a brain unhooked from its body. Or perhaps they are something more intriguing — could they be a window through time and space itself?

Dream Telepathy
Research has shown the occurrence of extrasensory perception (ESP) is most often reported during dreaming. ESP is gaining access to information other than through recognised human senses like sight sound, smell and touch. ESP can include precognition, clairvoyance and telepathy.

Some of the most influential work on dream telepathy was carried out by the psychiatrist Montague Ullman at a medical centre in Brooklyn. Over a period of more than a decade during the 1960s and 70s, Ullman and colleagues conducted thirteen scientifically controlled studies into both precognition and telepathy.

Transmission in progress
The procedures for these experiments were variations on one central theme. The receiver of the telepathic message is hooked up to an EEG machine to monitor their brain waves. They then fall asleep in the lab. When the sender of the telepathic message, located in a separate sound-proofed room, sees that the EEG waves indicate the receiver is dreaming, they begin to send the message.

In these experiments the ‘message’ usually consists of art prints selected for their simplicity and emotional intensity from around 8 to 12 options. The particular print used is not selected until after the receiver is asleep. Then, once the receiver is dreaming, the sender opens the sealed print and begins to transmit the image.

After the image has been transmitted, the receiver is woken and asked by the experimenter to describe their dreams. These are tape-recorded and transcribed. This process is repeated a number of times during the night using the same image.

Rating and ranking
In the morning the receiver looks at all the art prints and gives each a rating based on their confidence that each is the target. Finally judges who are blind to the experiment rate the transcripts and try to decide which of the pictures most closely fits their dreams.

Positive instances of dream telepathy, or ‘hits’ are deemed to have occurred when the target image is in the top half of the rankings. So, if there were 8 images, a ranking of 5 or above would count as a hit. Anything lower is a ‘miss’.

Above chance
The results across 450 trials of these types of experiments have been pooled and the overall success rate is 63%. Bearing in mind that a 50% hit rate represents guessing at chance, 63% is a strong finding. So, does this mean that we’re capable of telepathy during our sleep?

Unsurprisingly these results have been treated with considerable apprehension by many other researchers. And, like telepathy itself, the findings and data from these experiments are shrouded in mystery.

Some have suggested the findings are fraudulent, although no one has been able to explain how it could have been done. Later researchers have tried to get their hands on the original data to carry out a re-analysis , but it has become ‘unavailable’ and so the mystery remains.

Grateful Dead audience boost signal
The most dramatic example of this type of telepathic experiment was carried out during a Grateful Dead concert (Krippner, Honorton & Ullman, 1973). Onstage in 1970 Jerry Garcia, the lead guitarist of the Grateful Dead, asked all 2,000 audience members to focus on an image projected onto a screen and send it to Malcolm Bessent, a particularly sensitive receiver sleeping in the dream research laboratory.

For 15 minutes, while the music played on, they focussed, as best they could in their altered states of consciousness, on the image.

That night Bessent had a dream. He saw the image of a man suspended in the air, he talked of ‘a spinal column’ and of ‘using natural energies’. Sure enough, the image being telepathically projected at him was of a man apparently floating in the air entitled ‘The Seven Spinal Chakras’.

Replication attempts
Of course, the classic way of proving the worth of these studies is to replicate them. Sherwood and Roe (2003) report that six replications by independent researchers were carried out in the 1960s and 70s. Of these, only one provided support for dream telepathy.

Studies using varying methodologies have continued through the last three decades. While many remain unconvinced, saying the results are inconclusive, there is still enough encouragement to keep parapsychologists interested. Indeed, many maintain that if this research was considered mainstream, acceptance of what are often highly rigorous studies would be much more widespread (Bem & Honorton, 1994).

Like it or not, though, we’re a society of sceptics now.