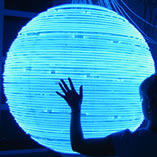 Discover the most accessible and well-written psychology blogs available on the web.

Here are some blogs that look at more specific topics. Some of these blogs are also gateways to further related blogs so explore those blogrolls.

Best neuromarketing blog
So this time, it’s into the brain scanner but instead of tax returns it’s adverts. For a considerably more informed viewpoint Neuromarketing has the facts. I’m finding the wearable brain scanner slightly disturbing. Only a matter of time before we have Minority Report vision of the future: you’re in the mall (unlikely I know), lasers scan your retina and project personalised adverts directly at you. Ahhh so that’s why they’re always wearing sunglasses in the future.

Best panic blog
Written by Eric Wilinski, who suffers from panic disorder himself, PANIC! focusses on the experience of panic and types of treatments which are available. Highly recommended to both those suffering from this condition and to those interested in it.

Best Alzheimer’s and dementia blog
The Tangled Neuron is written from the perspective of a daughter trying to better understand her father’s dementia. This blog is relatively new but already bursting at the seams with great posts mainly focussing on the science. Very useful site for those with a personal interest in this subject as well as the general reader.