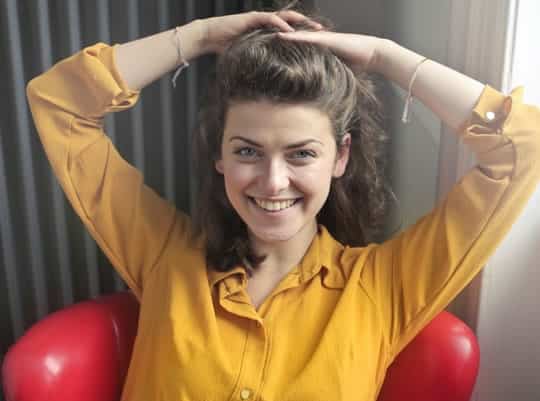 Being genuine, cooperative and sincere are all linked to having a high IQ, research finds.

Although being ‘nice’ is not linked in the popular imagination with being intelligent, this study found that it was.

The study also found that half of the connection between high IQ and being ‘nice’ was down to genetics.

Other personality features that are linked to high IQ include being a seeker of variety, intellectually curious, imaginative and sensitive to emotions.

All of these are aspects of ‘openness to experience’, which is one of the five major aspects of personality.

Openness to experience is frequently strongly linked to high IQ by studies.

The study included 2,488 people who were given tests of personality and intelligence at 12 and 18-years-old.

Genetic modelling was used to examine the links between intelligence, personality and genes.

“Intelligence as measured by IQ was positively associated with
openness to experience and agreeableness.

Moderate phenotypic correlations [genetic associations] between agreeableness and IQ were also of interest.

There have been a few studies on altruistic behavior in young children that found a positive relation with IQ.”

In fact, people with high IQs are better at working well with other people, other studies have found.

That is why those with high IQs are so essential: without them society would not work.

Being cooperative, in particular, may have strong links to higher IQ, the authors write:

“…unique aspects of human cognition are driven by social cooperation.

The cooperative attitudes of the subjects scoring high on agreeableness could therefore be the shared underlying factor in the relationship with IQ.”

The study was published in the journal Personality and Individual Differences (Bartels et al., 2012).