The Obesity Drug That Leads To Dramatic Weight Loss 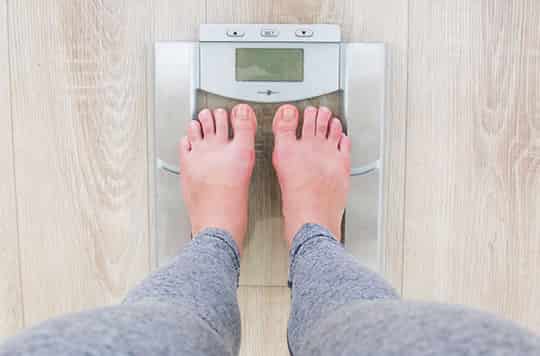 Once-a-week injection of this drug led overweight or obese people to lose more than a fifth of their weight.

A weekly injection of semaglutide can reduce body weight by more than 20 percent, a study has found.

Semaglutide — which is now approved by the US FDA for weight management — is known as an anti-diabetic medication and typically prescribed in 1mg doses.

For this study, participants who were obese or overweight received a higher dose at 2.4 mg alongside a low calorie diet and increased physical activity.

Participants, on average, lost over 15 kg and more than 30 percent of people lost one-fifth of their weight — an equivalent of 20 percent.

The drug, like incretin, a natural hormone in our body, lowers blood sugar hence is prescribed for people with diabetes.

Professor Rachel Batterham, a senior author of the study, said:

“The findings of this study represent a major breakthrough for improving the health of people with obesity.

No other drug has come close to producing this level of weight loss—this really is a gamechanger.

For the first time, people can achieve through drugs what was only possible through weight-loss surgery.”

Semaglutide can take over the regulating appetite system by mirroring the incretin hormone known as GLP-1 which reduces appetite and hunger.

The researchers believe the medication will help obese people to lose weight and so can lower the risk of severe illness from COVID-19 as well as diabetes and heart disease.

“The impact of obesity on health has been brought into sharp focus by COVID-19 where obesity markedly increases the risk of dying from the virus, as well as increasing the risk of many life-limiting serious diseases including heart disease, type 2 diabetes, liver disease and certain types of cancers.

This drug could have major implications for UK health policy for years to come.”

For this study, about 2,000 overweight or obese adults received an injection of 2.4mg semaglutide every week over a 14-month trial.

They were also given guidance and consultation on lifestyle changes about increasing physical activity and cutting down calories.

Participants on semaglutide lost 15.3kg of their weight with a -5.54 reduction in BMI, whereas those who didn’t receive the medication had a 2.6 kg weight loss with a -0.92 reduction in BMI.

“This is a significant advance in the treatment of obesity.

Semaglutide is already approved and used clinically at a lower dose for treatment of diabetes, so as doctors we are already familiar with its use.

For me this is particularly exciting as I was involved in very early studies of GLP1 (when I worked at the Hammersmith Hospital in the 1990s we were the first to show in laboratory studies that GLP1 affected appetite), so it is good to see this translated into an effective treatment for people with obesity.”

The study was published in The New England Journal of Medicine (Wilding et al., 2021).