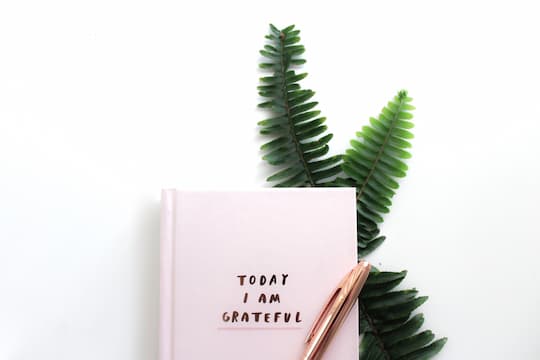 People who listed five things to be grateful for each day over a period of six days displayed significantly increased motivation.

Despite only completing the gratitude exercise for less than a week, the boost to motivation lasted at least three months.

“Our main hypothesis was that engaging in an online gratitude journal by writing down up to five things one felt grateful for each day could make students be more aware of their academic opportunities–their ‘blessings’–and help them re-evaluate their motives and goals, ultimately improving their motivation.”

For the study, 84 Japanese college students were split into a control and intervention group.

Over six days, the intervention group were prompted to list five things they were grateful for.

“Online interventions have the advantage of being more accessible, scalable and affordable to large portions of the population.

Gathering solid evidence to support their deployment will be essential to unleash their true potential in the future.”

Students who did the gratitude exercise felt increased motivation for at least three months afterwards.

The boost was mainly driven by a reduction in helplessness and incompetence.

When the students felt that they could make a difference to their results by putting in some effort, it helped boost their motivation.

When we say ‘thank you’ to others, it can also act as a powerful motivator for them to help us again.

It could be as simple as sending a thank you email when someone has helped you out.

A gratitude study found that a thank you email doubled the number of people willing to help in the future:

“…the effect of ‘thank you’ was quite substantial: while only 32% of participants receiving the neutral email helped with the second letter, when Eric expressed his gratitude, this went up to 66%.”

The study was published in the journal BMC Psychology (Nawa & Yamagishi, 2021).