Why ‘Thank You’ Is More Than Just Good Manners 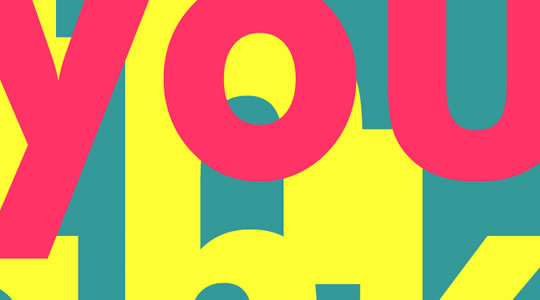 Is expressing thanks a powerful motivator or just a social nicety?

According to positive psychologists, saying ‘thank you’ is no longer just good manners, it is also beneficial to the self.

To take the best known examples, studies have suggested that being grateful can improve well-being, physical health, can strengthen social relationships, produce positive emotional states and help us cope with stressful times in our lives.

But we also say thank you because we want the other person to know we value what they’ve done for us and, maybe, encourage them to help us again in the future.

It’s this aspect of gratitude that Adam M. Grant and Francesca Gino examine in a series of new studies published recently in the Journal of Personality and Social Psychology (Grant & Gino, 2010).

They wanted to see what effect gratitude has on the person who is being thanked. Does it motivate and, if so, is it just by making people feel good, or is it more than that?

In the first study 69 participants were asked to provide feedback to a fictitious student called ‘Eric’ on his cover letter for a job application. After sending their feedback through by email, they got a reply from Eric asking for more help with another cover letter.

The twist is that half of them got a thankful reply from Eric and the other half a neutral reply. The experimenters wanted to see what effect this would have on participant’s motivation to give Eric any more help.

As you might expect, those who were thanked by Eric were more willing to provide further assistance. Indeed the effect of ‘thank you’ was quite substantial: while only 32% of participants receiving the neutral email helped with the second letter, when Eric expressed his gratitude, this went up to 66%.

The idea that saying thank you makes people more likely to help in the future is unsurprising, although the 100% increase is interesting, but what the researchers were interested in was why this happens.

Perhaps Eric’s gratitude made people feel better, or at least less bad? Or perhaps saying thanks boosted the helper’s self-esteem, which in turn motivated them to help again.

In fact the experimenters found that people weren’t providing more help because they felt better or it boosted their self-esteem, but because they appreciated being needed and felt more socially valued when they’d been thanked.

This feeling of social worth helps people get over factors that stop us helping. We are often unsure our help is really wanted and we know that accepting help from others can feel like a failure. The act of saying thank you reassures the helper that their help is valued and motivates them to provide more.

The researchers then wondered whether this effect would extend to other people. Would Eric’s thanks make participants more likely to help a different person?

In a second study Eric’s thanks (or lack of thanks in the control condition) was followed, a day later, by an email from ‘Steven’ asking for similar help. The percentage who offered to help Steven was 25% when they had received no gratitude from Eric, but this shot up to 55% when they had been thanked.

So the boost to participant’s social worth carried over from one day to the next and from one person to the next. Although the overall percentages were slightly lower, Eric’s gratitude still doubled the number of people willing to provide help.

In a third and fourth study the researchers tested their findings face-to-face rather than over email. They reached similar conclusions, with increases in prosocial behavior of 50% in the third study and 15% in the fourth study. These lower percentages show that the effect of gratitude on motivation depends on the situation.

Now, these studies mostly looked at the situation where strangers help each other. It’s likely that the effect of a thank you on prosocial behavior is more powerful on people we don’t know, because strangers are more cautious about helping each other in the first place.

Since, for most of us, expressing our thanks is an everyday occurrence, we tend to think nothing of it. But psychologically it has a very important role to play for both the person giving and the person receiving.

All four studies reveal that gratitude is more than just a social nicety, or a way of making the helper feel good; it reassures others their help was actually appreciated and it encourages further prosocial behavior.

So, a big public thank you to Adam M. Grant and Francesco Gino for this enlightening study, hopefully there’s more to follow.