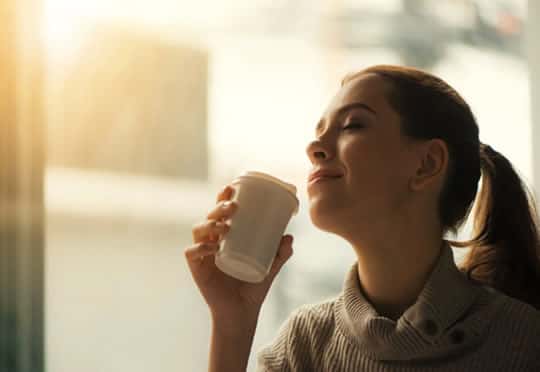 This drink helps fight obesity plus offers other health benefits.

Yerba mate tea is a herbal tea which is an excellent source of flavonoids, amino acids, vitamin C, B1 and B2 , and minerals providing several health benefits.

This traditional southeastern Latin American tea is sold as a stimulant due to its caffeine and methylxanthines content.

Mate tea contains a naturally occurring substance called methylxanthines, which is similar to caffeine and theobromine.

Theobromine is the bitter part of yerba mate, cocoa products, green and black teas which have also been shown to lower blood pressure and “bad” cholesterol (LDL).

According to a recent study, the caffeine in mate tea can decrease storage of fat in the cells, lower triglyceride production, and help weight loss.

In this study, rats were fed a high-fat plus high-sucrose diet with 0.1 percent of caffeine extracted from mate tea.

Consuming coffee was highly effective as it reduced the side-effects of this obesogenic diet in rats.

They gained 22 percent less body fat and 16 percent less weight compared to other rats that had decaffeinated mate tea instead.

Drinking 4 cups of brewed coffee per day is equivalent to the 0.1 percent caffeine that was used in this study.

The caffeine content of mate tea per cup is about 80 mg whereas a cup of coffee contains, on average, twice the amount caffeine.

“Considering the findings, mate tea and caffeine can be considered anti-obesity agents.

The results of this research could be scaled to humans to understand the roles of mate tea and caffeine as potential strategies to prevent overweight and obesity, as well as the subsequent metabolic disorders associated with these conditions.”

The research team also found that storage of fat in various cells and tissues dropped by 20 to 41 percent in rats no matter whether they were fed mate caffeine extracts, synthetic caffeine, or black coffee.

In addition, they looked at the effect of some of expression of genes linked to lipid metabolism and obesity.

“The consumption of caffeine from mate or from other sources alleviated the negative impact of a high-fat, high-sucrose diet on body composition due to the modulation of certain lipogenic enzymes in both adipose tissue and the liver.

The decreased expression of Fasn and Lpl brought about lower synthesis and accumulation of triglycerides in the adipose tissue.”

The study was published in Journal of Functional Foods (Zapata, et al., 2019).