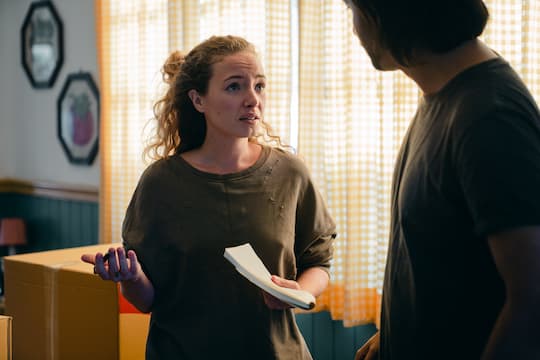 These types of relationships are linked to higher anxiety and depression.

These types of cycling relationships involve couples repeatedly breaking up and then getting back together later on.

Psychologists have found that on-off relationships are linked to higher anxiety and depression.

These couples are also likely to experience lower commitment, worse communication and higher levels of abuse.

As many as 60 percent of adults have had a relationship like this in the past, or are currently involved in one.

They can be caused by a variety of things such as jobs or homes in different locations or having little in common outside the bedroom.

Often couples like this return to each other for comfort and in the hope that the relationship will eventually become more stable.

Dr Kale Monk, the study’s first author, thinks that this pattern is not always a bad omen for a couple.

Breaking up can sometimes eventually cause the couple to realise what they have been missing and commit to the relationship.

However, couples that repeatedly break up and get back together should consider whether the relationship is toxic in the long run.

The study involved 545 couples, some of whom were heterosexual and others homosexual.

The results showed that about one-third of couples that lived together had broken up and got back together again.

The researchers also found that male-male relationships had the highest rate of cycling (on-off relationships).

Both heterosexual and female-female couples had lower, but similar, levels of cycling.

“The findings suggest that people who find themselves regularly breaking up and getting back together with their partners need to ‘look under the hood’ of their relationships to determine what’s going on.

If partners are honest about the pattern, they can take the necessary steps to maintain their relationships or safely end them.

This is vital for preserving their well-being.”

The study was published in the journal Family Relations (Monk et al., 2018).