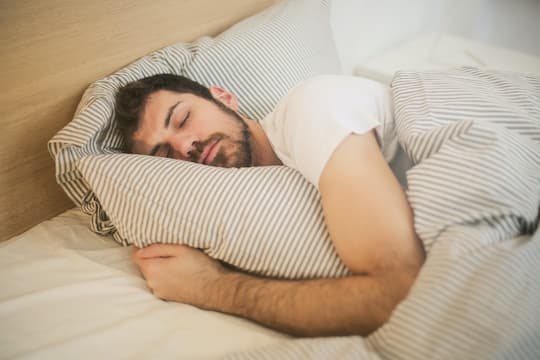 The effect of sleep quality on daily calorie intake and belly fat.

Poor sleep increases hunger and causes people to eat more the next day.

The extra calories will turn into belly fat and are stored as visceral fat around the abdominal organs.

According to a study, insufficient sleep increases abdominal obesity by nine percent and visceral fat by 11 percent.

Visceral fat is dangerous as it affects the health of abdominal organs and is linked to metabolic syndrome, a condition that leads to diabetes, heart disease, and stroke.

“Our findings show that shortened sleep, even in young, healthy and relatively lean subjects, is associated with an increase in calorie intake, a very small increase in weight, and a significant increase in fat accumulation inside the belly.”

Lack of sleep is increasing in the population and has become a behaviour choice or bad habit which is part of modern life.

More than one-third of American adults have poor sleep due to using smart devices and social networks late at night or due to shift-work.

As a result, people are tired and inactive and tend to consume more food throughout their working hours or at home.

“Normally, fat is preferentially deposited subcutaneously or under the skin.

However, the inadequate sleep appears to redirect fat to the more dangerous visceral compartment.

Importantly, although during recovery sleep there was a decrease in calorie intake and weight, visceral fat continued to increase.

This suggests that inadequate sleep is a previously unrecognized trigger for visceral fat deposition, and that catch-up sleep, at least in the short term, does not reverse the visceral fat accumulation.

In the long term, these findings implicate inadequate sleep as a contributor to the epidemics of obesity, cardiovascular and metabolic diseases.”

For this study, a group of adults with healthy weights spent 21 days in an inpatient setting.

Both groups could eat as much as they liked of any food during the study period.

“The visceral fat accumulation was only detected by CT scan and would otherwise have been missed, especially since the increase in weight was quite modest — only about a pound.

Measures of weight alone would be falsely reassuring in terms of the health consequences of inadequate sleep.

Also concerning are the potential effects of repeated periods of inadequate sleep in terms of progressive and cumulative increases in visceral fat over several years.”

Professor Somers recommended that those people, such as shift-workers, who find it hard to get enough sleep do some behavioural interventions like eating healthy foods and exercise.

The study was published in the Journal of the American College of Cardiology (Covassin et al., 2022).