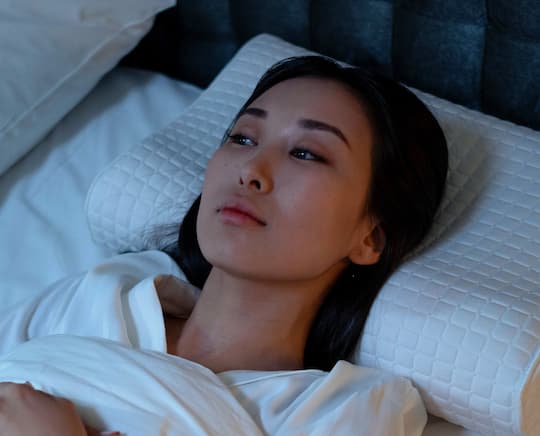 One of the ways that poor sleep may be linked to heart disease is through arterial stiffness.

Poor sleep can triple the risk of heart disease, a large study finds.

Whether it was lower satisfaction with sleep, feeling sleepy during the day, lower quality sleep or less sleep overall, the worse people slept the higher their risk of heart disease.

The research included almost 7,000 adults who were asked about their sleep patterns and heart disease history.

Some also wore a device that measured their sleep activity.

“This is one of the first studies showing that, among well-functioning adults in midlife, having more sleep health problems may increase the risk of heart disease.

The higher estimated risk in those who provided both self-report and actigraphy sleep data suggests that measuring sleep health accurately and comprehensively is important to increase the prediction of heart disease.”

One of the ways that poor sleep may be linked to heart disease is through arterial stiffness.

Less than seven, or more than eight, hours of sleep can cause arterial stiffness leading to heart disease or stroke, a previous study has found.

Participants who had more than eight hours a night were at a 39 percent higher risk of plaque build-up inside the arteries and for those who slept less than six hours the odds increased to 54 percent.

Consequently, people who sleep more than eight hours or less than seven hours are at higher risk of heart disease or stroke.

Duration of sleep may be as important as exercise and diet for cardiovascular health.

How much sleep we need is related to factors such as age.

The guidelines for adults are mostly seven to nine hours sleep a night, however, one in three American adults gets less than six hours sleep.

The study was published in the journal Scientific Reports (Lee et al., 2022).