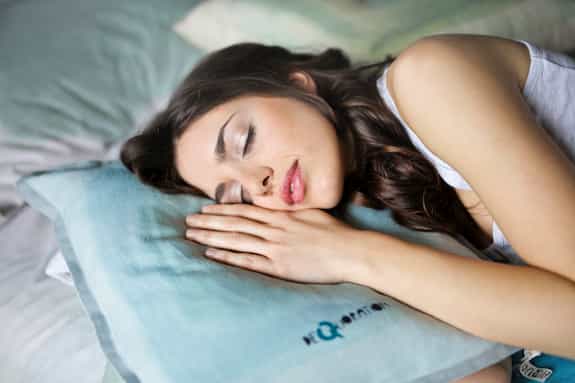 The psychological factors that reduce the chance of infection.

Lack of sleep, loneliness and stress are the main psychological factors that make people more vulnerable to infection, research finds.

However, loneliness can be combated by speaking to others using apps like FaceTime, Skype, Viber, WhatsApp and Google Duo.

Stress can be reduced with simple psychological exercises and sleep can be improved by following sleep hygiene guidelines.

“We’ve found that stress, loneliness and lack of sleep are three factors that can seriously compromise aspects of the immune system that make people more susceptible to viruses if exposed.

Also, stress, loneliness and disrupted sleep promote other aspects of the immune system responsible for the production of proinflammatory cytokines to over-respond.

People who spend less time around others are more likely to get sick when exposed to a virus, research finds.

Staying connected with others and experiencing positive emotions, though, can boost the immune system.

“There is some evidence that it may be better to video conference versus having a regular phone call to reduce feelings of isolation.

There’s something about chatting with people and having them visually ‘with’ you that seems to be more of a buffer against loneliness.”

“The overwhelming consensus in the field is that people who do not consistently get a good night’s sleep—7-9 hours for adults, with variation on what is optimal—makes a person more likely to get sick.”

One of the best methods for improving sleep is called stimulus control therapy.

Here are the six steps to falling asleep fast.

In general, though, having a regular sleep schedule, bedtime routine and prioritising sleep, all help people sleep better, scientists have found.

Stress is the third factor that can affect the performance of the immune system, said Dr Fagundes:

“It’s important also to note that when we talk about stress, we mean chronic stress taking place over several weeks, not a single stressful incident or a few days of stress.

An isolated stressful incident does not seem to make a person more susceptible to a cold or the flu.”

“This will regulate your sleep and allow you to focus on immediate goals and plans.

In turn, you will overthink things less and feel more accomplished.”

People who are particularly susceptible to worry may like to try this exercise, said Dr Fagundes:

“People often worry and overthink things because their brain is telling them there is something to solve.

However, it can be counterproductive after a while.

A good technique is to set aside 15 minutes a day where you allow yourself to worry, preferably with a pen and paper.

After that, you aren’t allowed to think about the issue for the rest of the day.”

“People often convince themselves that a situation is much worse than it is by telling themselves things that are not true.

We call these cognitive distortions.

For example, it is common to catastrophize a situation by convincing themselves that the worst-case scenario is the most likely scenario.

When people learn to identify and then refute these thoughts, they often feel much better.”

→ Here are 10 more ways to deal with stress and anxiety.