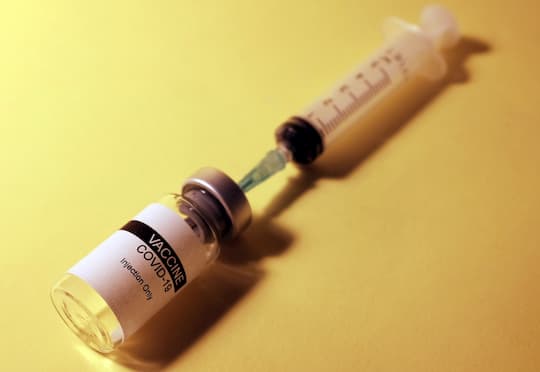 A dummy COVID vaccine injection caused side-effects such as headache, fatigue, and fever in 35 percent of participants.

Two-thirds of the COVID vaccine side-effects are not caused by the jab itself, a study estimates.

Indeed, one-third of participants who were given a dummy injection not containing the COVID vaccine also reported one or more side-effects.

The most common adverse effects were fatigue and headache in the dummy vaccine group.

The explanation for this is related to the placebo and nocebo effect.

Some people experience physical or mental health improvements after taking a ‘dummy’ treatment, a phenomenon known as the placebo effect.

A placebo or dummy treatment is a substance such as sugar pill or a saline syringe that has no therapeutic effect but is prescribed as a real medicine to subjects.

There is another phenomenon called the “nocebo effect” which occurs when a person experiences an adverse reaction after taking a non-pharmacological drug.

For example, after taking a sugar pill feeling nauseous, or a syringe of saline causing fatigue.

The genetic, psychological, or biological reasons for positive or adverse effects from a dummy treatment are not clear.

However, some influential factors such as patients’ faith in their physician and expectations (when one expects something to have an effect then it does) could make patients feel better or experience less side-effects.

A study compared the adverse event rates in participants who received a COVID vaccine with those who received a dummy injection containing no vaccine.

Collecting systematic evidence regarding these nocebo responses in vaccine trials is important for COVID-19 vaccination worldwide, especially because concern about side effects is reported to be a reason for vaccine hesitancy.”

The findings are based on 12 clinical trials of COVID vaccines which included 22,802 vaccine recipients and 22,578 participants who received a dummy injection (placebo group).

The common side-effects in the placebo group were headache, fatigue, and fever which were reported by 35 percent of participants after the first injection.

The other side-effects were pain, swelling or redness at the injection site which were reported by 16 percent of placebo recipients.

More than 46 percent of those who received the first dose of vaccine experienced some adverse reactions.

Interestingly, one or more of their adverse effects were most likely to be nocebo responses.

The study suggests that the nocebo effect accounted for 76 percent of adverse reactions after the first dose of vaccine and 52 percent after the second dose.

“Nonspecific symptoms like headache and fatigue—which we have shown to be particularly nocebo sensitive—are listed among the most common adverse reactions following COVID-19 vaccination in many information leaflets.

Evidence suggests that this sort of information may cause people to misattribute common daily background sensations as arising from the vaccine or cause anxiety and worry that make people hyper alert to bodily feelings about adverse events.”

“Medicine is based on trust.

Our findings lead us to suggest that informing the public about the potential for nocebo responses could help reduce worries about COVID-19 vaccination, which might decrease vaccination hesitancy.”