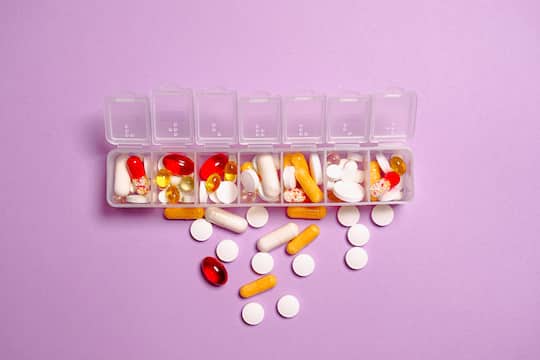 This muscular problem could be related to lack of vitamin D, a study suggests.

Weak muscles can be a sign of vitamin D deficiency, research finds.

Older people with weak muscles are twice as likely to have a vitamin D deficiency.

Skeletal muscles which are connected to bones, give us the ability to move, balance, and perform physical activities.

Keeping skeletal muscles healthy is important for successful ageing because better mobility and reduced weakness will improve quality of life.

Adequate levels of 25-hydroxyvitamin D appear to be as important as resistance training, such as weight exercises, in maintaining muscle function.

To determine the relation between poor muscle function and vitamin D, the study analysed data from 4,157 people who were 60 years and older.

They were given some physical performance tests, including the Short Physical Performance Battery (SPPB) and hand grip strength to measure participants muscle strength and physical function.

Vitamin D deficiency was defined as a serum level below 30 nmol/L, the cut-off point which is used for bone disease.

They found that muscle weakness in people with vitamin D deficiency was double the rate than those with adequate levels of vitamin D.

“Our results show that vitamin D deficiency increased the likelihood of poor muscle function in older adults and confirms the protective effect of physical activity.

According to experts, up to 50 percent of the population of the world is deficient in vitamin D.

Another study reveals that people with low levels of vitamin D are likely to wake more during the night and to have less sleep overall.

Some countries, for example Finland, have successful implemented a vitamin D food fortification policy which has all but eliminated deficiency in the population.

Such a policy could similarly be implemented in the UK and Ireland for older populations.”

The study was published in the journal Clinical Interventions in Aging (Aspell et al., 2019).