9 Facts About Attraction From Psychological Research 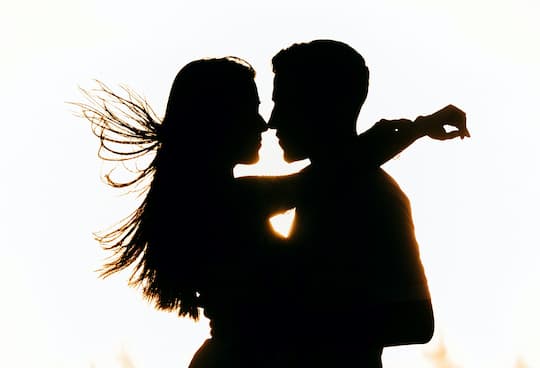 Facts about attraction include whether opposites  really attract, the benefits of uncertainty in attraction and lots more…

1. Opposites only attract when people are single

When people are single they are more attracted to faces that are dissimilar to their own, research finds.

2. Facts about attraction: Altruism linked to having more sex

People who help others out have more sex.

Who would have thought that this would be one of the facts about attraction?!

The face can reveal whether our weight has changed, but how much is required for others to see it and find it more attractive?

Dr Nicholas Rule, co-author of a study on the subject, explains:

“Women and men of average height need to gain or lose about three and a half and four kilograms, or about eight and nine pounds, respectively, for anyone to see it in their face, but they need to lose about twice as much for anyone to find them more attractive.”

4. Facts about attraction: Men should NOT try to ‘sound sexy’

Women have no trouble changing their voice to make it sound more sexy, but men have no clue.

5. Uncertainty is key to attraction

Women are more attracted to men when they are uncertain of his feelings.

So the old dating advice about ‘playing hard-to-get’ may have some scientific basis.

“When people first meet, it may be that popular dating advice is correct: Keeping people in the dark about how much we like them will increase how much they think about us and will pique their interest.”

Women judge fully bearded men to be a better bet for long-term relationships.

However, for short-term relationships, women judge stubble to be most attractive, the research on facts about attraction found.

The reason for this fact about attraction could be down to how emotions are processed in the brain.

8. Mixed race faces are most attractive

Mixed-race faces are consistently seen as the most attractive when compared with black and white faces.

Of the top 5% most attractive faces, 74% were mixed race…

9. The group changes how attractive you look

How attractive you look depends on the attractiveness of the people around you.

An average-looking person is rated as more attractive when surrounded by unappealing faces.

“Last year’s film The Duff, – an acronym for the rather unfortunate and unfair term ‘Designated Ugly Fat Friend’ explored how the main character felt being physically compared to her friendship group.

As in life, this film showed that how we perceive beauty and attractiveness isn’t fixed.”

Compare this with the ‘cheerleader effect‘.