MIND Diet: How To Improve Your Brain Health 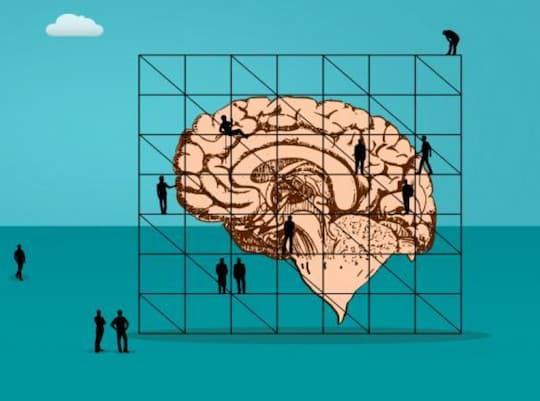 The MIND diet could lower the risk of developing Alzheimer’s disease by over 50 percent and improve your brain health, research finds.

The name ‘MIND diet’ comes from the fact that it is a combination of a Mediterranean diet and a diet developed for cardiovascular health (DASH: Dietary Approaches to Stop Hypertension).

Both of the diets have been linked to all sorts of benefits, including lower blood pressure, lower depression risk, reduced risk of hearth disease and diabetes.

There are 15 components to the MIND diet, 10 foods or types of foods to eat and five to avoid.

Here are the ten in the “brain-healthy food groups”:

In short, the MIND diet involves trying to eat at least three servings of whole grains, one other vegetable, a salad and a glass of wine on most days.

Ideally, it includes beans on most days, snacking on nuts most days, poultry and berries twice a week and fish at least once a week.

Along with the ten healthy food groups listed above, on the MIND diet it is important to avoid these five foods in the unhealthy group:

In short, for the unhealthy foods, people are advised to limit their intake of fried or fast food, cheese or butter to no more than one serving a week for any of the three.

The reason is because these foods contain high levels of saturated fats and trans fats.

Research on the MIND diet

A range of studies have shown considerable benefits from following the MIND diet, even if not strictly.

One study tracked almost one thousand people for an average of 4.5 years to see whether they ate ‘brain healthy’ foods and if they developed Alzheimer’s disease (Morris et al., 2015).

The study did not get people to change their diet, it merely measured what they were already eating and tracked whether they developed Alzheimer’s disease.

“One of the more exciting things about this is that people who adhered even moderately to the MIND diet had a reduction in their risk for AD [Alzheimer’s disease].”

Even people who only followed the diet ‘moderately’ saw a 35 percent reduction in risk.

The power of berries

Only one specific food (rather than a group) made the MIND diet.

“Blueberries are one of the more potent foods in terms of protecting the brain.

And strawberries have also performed well in past studies of the effect of food on cognitive function.”

Flavonoids are powerful antioxidants that can also help reduce inflammation in the brain and body.

The results showed that high berry intake was linked to a delay in cognitive ageing equivalent to 2.5 years.

In other words: berries made their brains work as though they were 2.5 years younger.

Blueberries in particular seem to have a powerful effect on the brain.

Strawberries also have other research backing up their protective effects, as do walnuts.

People following the MIND diet benefit from it even when their brains are starting to fill with the tangles of proteins and amyloid plaques that are characteristic of Alzheimer’s disease.

“Some people have enough plaques and tangles in their brains to have a postmortem diagnosis of Alzheimer’s disease, but they do not develop clinical dementia in their lifetime.

This is on top of its known benefits to cardiovascular health.

All the people in the study were overweight or obese and had other related health problems, including high cholesterol and high blood pressure.

Along with helping people lose weight and improving their physical health, they also developed better memories and thinking skills.

Even a Mediterranean-like diet helps to reduce the risk of Alzheimer’s, the most common form of dementia (Ballarini et al., 2021).

People who eat relatively higher amounts of vegetables, legumes, fish, fruit, cereals and olive oil are at a lower risk of the disease.

Those who ate something close to the Mediterranean diet were also less likely to suffer from brain shrinkage in vital areas.

The study helps show that even without following the Mediterranean diet strictly, it is still possible to get some benefits by eating something similar.

The results showed that people who regularly ate a Mediterranean-like diet performed better on memory tests.

Another study finds that following the Mediterranean or MIND diet delays the onset of Parkinson’s disease by more than a decade (Metcalfe‐Roach et al., 2020).

Parkinson’s is a long-term neurodegenerative disease that causes problems with movement, including a characteristic shaking.

The results of the study showed that women were particularly well protected by following the MIND diet.

Men were better protected from Parkinson’s by the Mediterranean diet.