Neuroscience: The 10 Most Awe-Inspiring Studies 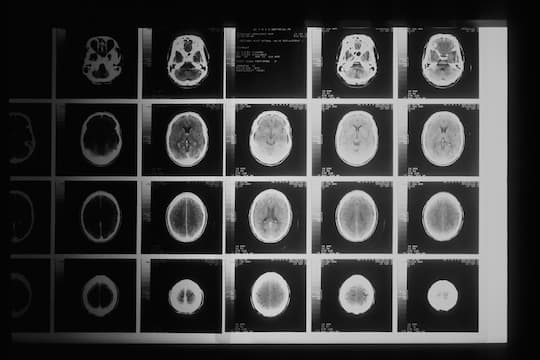 Neuroscience research demonstrate how to reverse brain aging, control the mind over the internet, boost mood and way more…

Neuroscience is the study of the structure and function of the nervous system, of which the brain forms the most complex part.

Neuroscientists hope to uncover, among other things, the biological basis of how memory, learning, attention and consciousness really work.

Neuroscience uses all sorts of techniques to try and answer these questions, but the most well-known is neuroimaging or brain scanning technique such as fMRI (functional magnetic resonance imaging) and PET (positron emission tomography).

These techniques allow neuroscientists to see which areas of the brain are particularly active at any given time.

What with these techniques, and others, it’s been an awe-inspiring few years for neuroscience.

By peering inside the living brain, neuroscientists have made all kinds of incredible discoveries.

Here are ten of my favourite — click the link to get the full story.

People in their 70s performed as well on working memory tasks as those in their 20s after painless electrical stimulation.

Even young people can benefit from the procedure.

The electrical stimulation helps to synchronise brain areas, with striking effects on seniors and some benefits to younger people.

Both gamma and theta rhythms — types of normal electrical activity — help the brain couple and synchronise.

Well, back in 2013 researchers at the University of Washington managed to set up the first ever noninvasive human-to-human brain interface in their neuroscience experiment.

The two researchers were actually using the brain interface to play a simple computer game. It took some practice, but eventually one was able to send the signal and remotely move the other’s hand at a 100% success rate.

This type of ‘remote control’ over the internet has since been replicated several times.

“Hidden caves” that open up in the brain may help explain sleep’s amazing restorative powers, neuroscience has found.

The brain may wash away toxins built up over the day during sleep.

The research discovered “hidden caves” inside the brain, which open up during sleep, allowing cerebrospinal fluid (CSF) to flush out potential neurotoxins, like β-amyloid, which has been associated with Alzheimer’s disease (Xie et al., 2013).

This study suggests that the flushing out of toxins by the CSF may be central to sleep’s wondrous powers.

After treatment, the two patients were able to understand language and communicate for the first time in years.

The thalamus is a kind of relay station or hub for the brain, routing information to the cerebral cortex and elsewhere.

When in a coma, activity in the thalamus is typically reduced.

In one case, a 56-year-old man was in a minimally conscious state after a stroke.

After treatment, which involved two sessions of ultrasound across one week, he started showing signs of being able to communicate.

After one day’s isolation, people’s brain activate in the same to seeing other people having fun together as it does to a plate of cheesy pasta.

People whose brains were most strongly affected by isolation were those who routinely had richer social lives.

“People who are forced to be isolated crave social interactions similarly to the way a hungry person craves food.

Our finding fits the intuitive idea that positive social interactions are a basic human need, and acute loneliness is an aversive state that motivates people to repair what is lacking, similar to hunger.”

A pilot study has found that the mood of chronic pain patients is boosted by left-field use of ultrasound machine.

Ultrasound equipment—which uses sound waves to see inside the body—is familiar to anyone with children as it’s used to check the health of an unborn child.

After having the ultrasound applied to their brains for just 15 seconds, they felt slightly less pain, but the main effect was an improvement in mood:

“Patients reported improvements in mood for up to 40 minutes following treatment with brain ultrasound, compared with no difference in mood when the machine was switched off.”

7. Social rejection triggers release of natural painkillers in the brain

A study has found that the body produces natural painkillers in response to social rejection, just as if it had suffered a physical injury (Hsu et al., 2013).

This is further evidence from neuroscience that social pain is not as different from physical pain as many thought.

8. The brain “sees” objects that you don’t perceive

Every day, when you open your eyes in the morning, there is a huge flood of visual information from the external world into your mind.

It’s like a film director who doesn’t bother showing you the hero going to sleep or brushing his teeth.

However, what one neuroscience study suggests is that even information that isn’t that useful or relevant is still being processed in the brain for meaning (Sanguinetti et al., 2013).

The study is a fantastic reminder that what we see is the result of an extremely complicated editing and filtering process.

What we actually perceive is just what the brain thinks will be most useful to us.

There’s no sugar-coating it: growing up relatively poor is bad for you.

Children from less affluent families are, on average, more likely to suffer both physical and psychological illnesses later in life.

One neuroscience study suggests that exposure to stress at a young age — while the brain is still developing — causes permanent damage to the ability to deal with stress.

Brain scans show that childhood stress and poverty are linked to problems regulating the emotions in adulthood.

One of the study’s authors, Professor K. Luan Phan, explained:

“Our findings suggest that the stress-burden of growing up poor may be an underlying mechanism that accounts for the relationship between poverty as a child and how well your brain works as an adult.”

Alpha waves are a type of electrical signal that the brain generates which is important in how people filter out distracting information.

Concentration is improved when alpha waves are suppressed, research has shown.

Neurofeedback, meanwhile, is the process of learning to control brain waves after receiving feedback.

When people learn to control their brain waves using neurofeedback, they can improve their attention.