How To Start Thinking Outside The Box 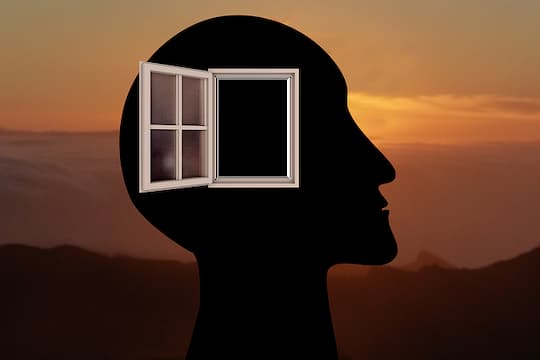 Thinking outside the box means coming up with new ideas and creative solutions, but where does the expression come from?

Thinking outside the box, or thinking out of the box or even thinking beyond the box are all metaphors for novel or creative thinking.

The cliché, “thinking outside the box” is thought to come from the nine dots puzzle below.

The idea is to try and join up the nine dots using four straight lines or fewer without taking your pen off the paper or tracing over the same line twice.

The ‘box’ that you are trying to think outside of is the implicit one formed in your mind by the dots.

If you’re stuck in the box, see the solution of the nine dots puzzle at the bottom of this article.

Thinking outside the box and yourself

Puzzles like the nine dots one challenge us to reach novel solutions by avoiding habitual ways of thinking.

Here’s another puzzle, one that reveals a fascinating aspect of creativity…

Imagine there’s a prisoner trying to escape from a high tower.

All he has is a rope but it’s only half as long as the drop from the window.

Still, he manages to escape from the tower by dividing the rope in half and tying it back together.

How is that possible?

To get the solution requires thinking outside the box.

People were given slightly different versions of this test in a study by Polman and Emich (2011).

Half were given this version of the puzzle while the other half were told to imagine that they themselves were stuck in the tower, rather than an unnamed ‘prisoner’.

Both groups then had to explain how the escape from the tower was possible.

What happened was that 66 percent of people got the answer right when told it was a nameless ‘prisoner’ who was stuck in the tower.

But when told to imagine they were stuck in the tower themselves, only 48 percent got it right — they were much less able to think outside the box.

(The answer to the problem is: the rope is divided in half width-ways rather than length-ways. Then you can halve the width and double the length.)

In a second study, they also test people’s ability for thinking outside the box, but in a different way.

This time it was to see how creative people could be when they were thinking outside the box about gift ideas.

People were asked to think up ideas for themselves or for other people.

The other people were also divided into two categories.

When the ideas were analysed, participants who were thinking up ideas for socially distant others were most creative.

The other two conditions lagged behind.

The reason this happens is to do with the way the mind represents problems like this.

When we think about a ‘nameless other’ or the prisoner in the high tower, our minds tend to think more abstractly.

In an abstract frame it becomes easier to make creative leaps, or to think outside the box, because we aren’t stuck concentrating on concrete details.

The solution to the nine dots puzzle

Here is the solution to the nine dots puzzle: 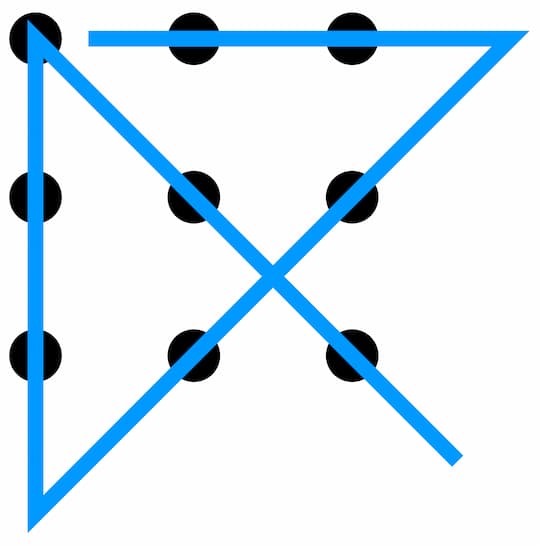 I know, it’s irritatingly simple when you see it.